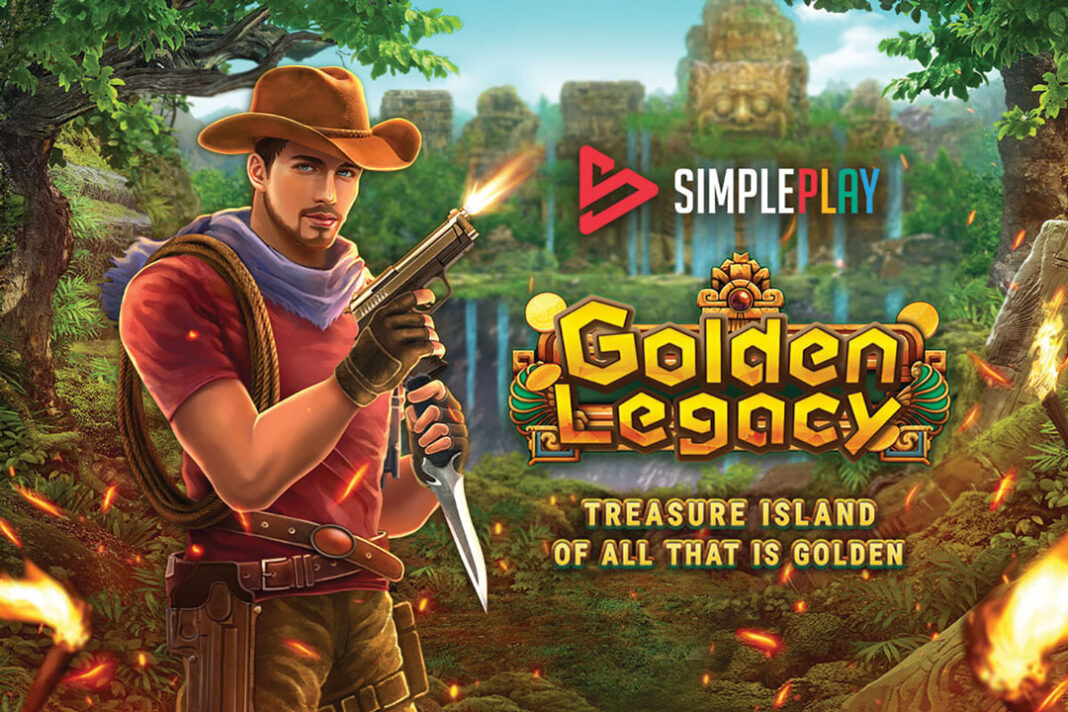 Slot provider SimplePlay is launching “Golden Legacy”, a slot game based on the theme of a treasure hunt.

In “Golden Legacy”, the protagonist treasure hunter is looking for the legendary golden land. After collecting all the hints around the world, he has finally arrived at a mysterious island in the middle of Pacific Ocean. Rumour has it that there is vast treasure yet to be discovered.

“Golden Legacy” is a 3×5-reel, 243-way slot. Our adventure starts from the Base Game. It features a waterfall in a jungle, where the treasure hunter is looking for the golden treasure.

In this game, the treasure hunter himself is the Wild Symbol, and it appears stacked. It can replace all symbols on the reels, except for the scatter, which is the mysterious medallion.

The treasure hunter appears on Reels 2 to 4 only. When it appears stacked along the reels, it triggers Wild Lock Re-Spin Feature, where the reels with stacked wild symbols will be locked while other reels will be re-spun for free.

When there are 3, 4 or 5 scatters on the screen, 12 Free Spins will be awarded. The mysterious medallions show the treasure hunter the door behind the waterfall, leading us to the vault where treasure is hidden.

There, 12 free spins will be awarded, with a Wild Nudge Feature: any wild symbol appearing on the reels will be switched to full-reel wilds, making winning easier!

Treasure hunt is a common theme in slot games. Adding all innovative ways to play is another. SimplePlay’s “Golden Legacy” has incorporated all these elements masterfully. It is a slot game that should not be missed.

Both the Wild Nudge Feature and Wild Lock Re-Spin Feature can give huge payout! Scheduled to be launched in early Q3, it is a game worth of high anticipation!

EBET lays off employees, shifts away from esports