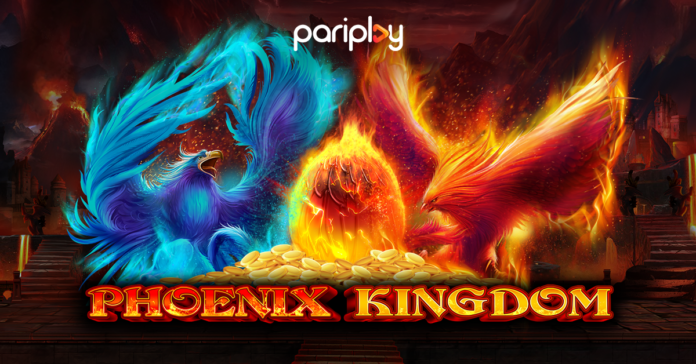 With a mythological setting hidden deep in a mountain range, this 5-reel, 3-row fantasy video slot transports players into a place where phoenix birds have risen from the ashes to find safety and solitude from the outside world.

Phoenix Kingdom truly gets the magic started when players discover the Special Reel prizes. Above each reel sits a prize of Credits, Free Spins or a Wild Bonus, triggered when the Phoenix Egg land on that respective reel. Stacked Wilds can also appear and when this happens, each Wild symbol has a credit value on it which is unlocked when the Phoenix Egg lands on the reel featuring the Wild Bonus prize.

Players can take their wins to the next level when they land the chance to spin the Jackpot Wheel, featuring a guaranteed win of one of four jackpots including the Grand prize of a multiplier at 1,000 times the player’s stake.

“While we are sure the slick presentation and intriguing theme will prove a hit with players, the game’s features are the true star of the show. With red-hot prizes on offer when the Jackpot Wheel lands, this is a slot that is sure to appeal to the adventurous.”

As well as its own games, Pariplay aggregates thousands of others from some of the industry’s best-known studios on its FusionTM platform, which is also equipped with a range of conversion, retention and tool mechanics. The platform is now licensed in more than 16 regulated markets.