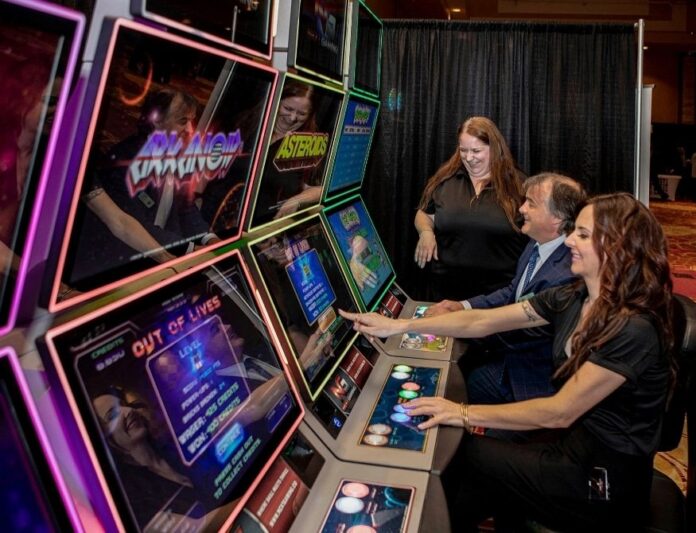 The skill-based slots market may have gone quiet over the last few years, but suppliers in the space tell us that they’re alive and kicking, and more confident about their future than ever before.

Skill-based slots are a genre of electronic gaming machines that utilize random number generator (RNG) mechanics in addition to a player’s own input to determine the final payout. Skill-based slots drummed up significant hype between 2016 and 2019 – marketed as the end-all solution to waning millennial engagement on the casino floor.

But the early iterations of skill-based slots led to some very hard lessons learned for their manufacturers. Many skill-based slots struggled to attain critical mass in some of the target markets they sought to attract.

In 2016, Caesars Entertainment became the first U.S. casino operator to offer a skill-based gaming experience for its customers – installing 21 gaming stations across its properties in Atlantic City.

However, less than a year later, the casino operator removed the machines from those properties after they failed to bring in the profit they had been expecting.

“I believe the expectation early on, that skill-based slots were going to dramatically change the slot floor was very optimistic,” reflected Michael Darley, CEO of Next Gaming in an interview with Asia Gaming Brief.

Next Gaming is a slot machine manufacturer based in Las Vegas and founded in 2006. It began offering skill-based gaming titles based on retro arcade games such as BUST-A-MOVE, Asteroids, Arkanoid, and their own game ZForce starting around January 2017.

“There is still hesitancy… but equally, there continues to be enthusiasm… Those that realize that skill-based slots bring in a new audience of a younger demographic, retains an audience that is looking for innovative experiences, and can attract play from some “non-gamers” are seeing the full potential of our games,” said Darley.

GameCo LLC is another well-known skill-based gaming manufacturer. They made a huge splash on gaming exhibition floors when they first launched their first FPS skill-based gambling game, Danger Arena in 2016.

Robert Montgomery, chairman of GameCo LLC said there were many lessons learned, and a lot of demand uncovered by companies like GameCo that offered skill-based products pre-Covid.

“GameCo learned from pre-COVID research that the optimized slot player was around 70 years old whereas the players of GameCo games were less than 40.”

“This yields significantly higher lifetime value even if the per-unit revenues are slightly lower.”

Montgomery noted that in land-based gaming, there is an aging out of the traditional slot player with little innovation to bring the next generation of gamers. This is the niche that skill-based games will continue to fill.

Montgomery admitted, however, that the Covid-19 pandemic suppressed the appetite for operators to try out new, innovative products, such as the latest iteration of skill-based games.

“The pandemic definitely had an impact. In retail, we saw an interruption in capital spending in most markets,” he said.

“The pandemic resulted in a change in the customer experience overall,” added Darley.

“With social distancing required, after the casinos reopened, casinos generally reduced the number of machines on their slot floors. And, they were very hesitant about adding new products.”

However, with much of the world now moving past the pandemic, it appears that the momentum for skill-based slots is building again.

“At this point, many casinos are getting back to normal and the demand is there,” said Darley. “They continue to be supportive of skill-based games to add innovative products and build their database with new and younger players.”

Montgomery said that GameCo’s omnichannel arcade games are now seeing the most traction in Europe’s igaming markets, and in both retail and igaming in North America.”

“In igaming, operators realize they need something other than slots to drive sustainable growth… In retail, we have seen a renewal of interest by operators to create dedicated environments for players who do not find themselves entertained on traditional slot floors.”

“Players love to have an impact on their results. The ability to give players agency in the games, how they play the games and their results drive excitement and engagement.”

“The pandemic resulted in a change in the customer experience overall,”