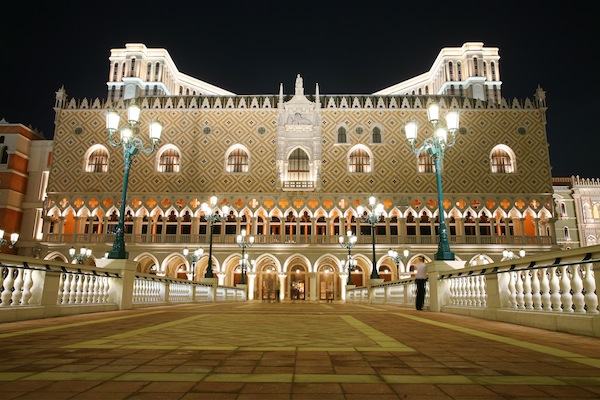 The legal battle between Las Vegas Sands and a Taiwanese businessman went underway on Wednesday in Macau. If the plaintiff is successful, Las Vegas Sands could see as much as $12 billion wiped from its accounts, though the operator is optimistic that the Macau legal process will declare it to be in the right.
Meanwhile, India’s Uttar Pradesh is looking to toughen penalties for online gambling, but said it will make an exception for skill-based gaming. It’s a move experts say would go far in recognizing the legitimacy of skill-based games in the country.
In Yokohama, an opposition candidate for the August 22 mayoral election has finally stepped up. Takeharu Yamanaka, 48, has indicated that if elected mayor of Yokohama, he will cancel the IR development project. At the same time, the pro-IR forces appear to be in some difficulty as word has it that the Liberal Democratic Party may have decided to drop Mayor Fumiko Hayashi as its mayoral candidate, judging that she cannot win the race.

A long-delayed court case between a Taiwanese businessman and Las Vegas Sands kicked off in Macau on Wednesday, with the plaintiff seeking as much as $12 billion in damages from the operator. In the early 2000s, Las Vegas Sands partnered with Asian American Entertainment Corporation (AAEC) to submit a joint bid for a Macau concession. However, during the tender process, LVS abandoned its partner to join up with Galaxy Entertainment Group. Marshall Hao Shi-sheng’s Asian American Entertainment claims Las Vegas Sands was in breach of contract for terminating their partnership, prompting Hao to file a lawsuit in the case in Nevada in 2007.

Uttar Pradesh’s State Law Commission has recommended a new gaming bill that will impose tough penalties for online gambling, but unlike some other states, will make an exemption for skill-based games. The Uttar Pradesh State Gaming Bill was presented to Chief Minister Yogi Adityanath on Tuesday. “The Uttar Pradesh State Law Commission recommending a new law for online gambling is an important development for the online gaming industry,” said Jay Sayta, an expert on Indian gaming law. “If reports are to be believed, the recommendation is significant insofar as it recognises the legitimacy of skill-based games and exempts online games of skill.”

The person who appears headed to become the united opposition candidate in the August 22 Yokohama mayoral election has finally stepped forward. Takeharu Yamanaka, 48, is a professor at Yokohama City University who specializes in public health and medical statistics. Recently he has been working on anti-Covid countermeasures. Yamanaka has already indicated that if elected mayor of Yokohama he will cancel the IR development project.  Meanwhile, in the pro-IR forces, incumbent Mayor Fumiko Hayashi, 75, has decided that she would like to run for reelection.