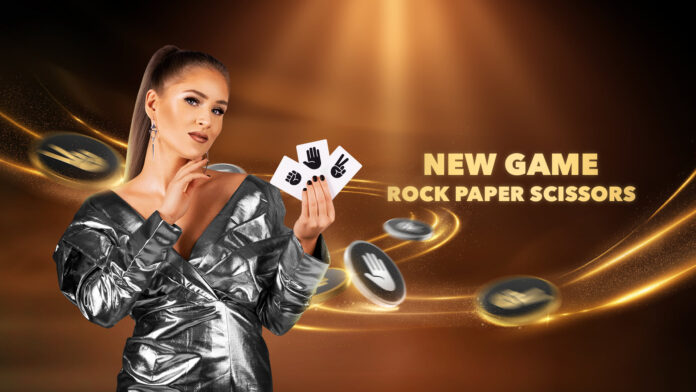 BetGames.TV, the leading live dealer betting games supplier, has launched a version of one of the most widely played social games the world has ever seen, Rock, Paper, Scissors.

Thought to have been played by the Chinese Han Dynasty as far back as 206 BC, the game quickly became a common pastime across the world and arguably ranks as one of the most widely played games of all time.

This modern, live dealer take on the classic sees the players compete against the dealer in one or two zones, silver, the less risky option, which is more rewarding in case of a tie and gold, riskier, yet more rewarding if won.

The dealer uses a special deck of 24 cards, comprising  eight of each rock, paper and scissors symbols, with one card dealt into each zone. Each betting round lasts 20 seconds in which the player must select their stake, and which of either, or both, zones to bet against. Only one symbol per zone is allowed. A win, lose or draw is decided after the dealer reveals their card.

Both zones have the same margin (default 5 percent) but the difference is in the payout’s distribution for draw and win. The payout system is configurable per partner and per zone.

“As part of our drive to provide innovative new games, it is also sometimes prudent to consider the classics and Rock Paper Scissors is most certainly that,” said BetGames.TV founder and CPO Vygerdas Jonikas.

“Alongside our stable of popular games, Rock Paper Scissors is sure to fit in well with its quick-fire and simple yet alluring gameplay.

“We’re confident that our recreation of one of the most recognisable and loved games of all time will provide huge scope for our operators to drive traffic to their sites.”

Up until now, Rock Paper Scissors has not been fully explored in a betting environment, but based on its historical significance, accessibility and high-entertainment value, the potential for a betting provider is huge.

With a host of live tournaments and competitions with substantial sums of money on offer, this contemporary table game version is poised to thrill players with its familiar feel and high win potential.