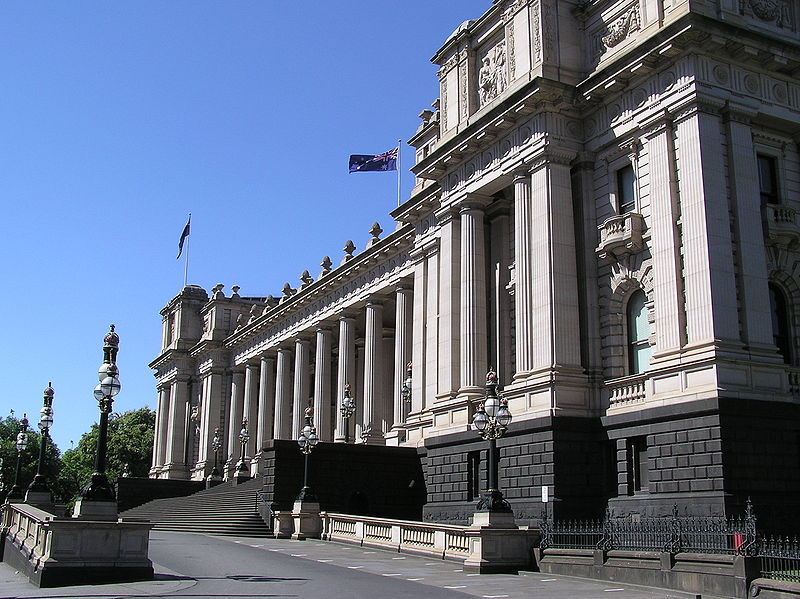 Victoria and Queensland have both introduced new Bills into their respective parliaments, with the principal objective being to ensure integrity across the relevant casino regulatory frameworks and to modernize and ensure that casino legislation is fit for purpose.

Jamie Nettleton, Brodie Campbell and Georgio Platias of the law firm Addisons examine the proposals in the two states.

Victoria’s Casino and Liquor Legislation Amendment Bill 2022 (CLLA Bill), which was introduced into the Victorian parliament on 24 May 2022, aims to separate the regulation of gambling from the regulation of liquor and to strengthen the regulatory regime relating to casinos. The CLLA Bill amends existing state legislation, including the Casino Control Act 1999, the Gambling Regulation Act 2003, and the Victorian Gambling and Casino Control Commission Act 2011.

The CLLA Bill has the objective of making the regulatory regime for Melbourne’s Crown casino more effective, and to provide increased oversight powers to the Victorian Gambling and Casino Control Commission (VGCCC). The VGCCC’s powers are strengthened, as well as the powers of their casino inspectors.

Of particular note, the CLLA Bill expands the matters which a casino operator is required to report to the VGCCC (“reportable conduct”) to include loan sharking, money laundering and the sale or supply of illicit drugs.

Further, a casino inspector must report as soon as practicable to the VGCCC any conduct in a casino that would be deemed ‘reportable conduct’. In turn, the VGCCC must refer that reportable conduct (where it believes on reasonable grounds that it has occurred) to a relevant investigatory agency, such as the police or AUSTRAC.

The bill also amends the Casino Control Act 1991 (Vic) to enable disciplinary action to be taken for a single breach by the casino operator of the Responsible Gambling Code of Conduct, which is a mandatory requirement under its license. Previously, disciplinary action could only be taken where there had been multiple breaches, and a breach of an enforceable undertaking given by a casino operator to the VGCCC.

The bill inserts a mechanism for enforceable undertakings to be given by the casino operator (and accepted by the VGCCC) relating to actual or potential contraventions of the Casino Control Act 1991 (Vic). This reflects similar mechanisms in other regulatory regimes under which an operator can give an undertaking to refrain from, or address, conduct that is, or might, be a breach of applicable regulations.

Any breach gives the VGCCC the right to take further action. It gives inspectors increased access to the casino, including its security equipment, books, and records, and expands the objectives of the VGCCC.

Among the new responsibilities of the VGCCC are requirements to ensure that the management and operation of gambling businesses and casinos remain free from criminal influence and exploitation, and that gambling is conducted or operated honestly and responsibly.

As stated by the Victorian Minister for Gaming and Liquor Regulation, Melissa Horne, the CLLA Bill increases the regulatory oversight of Crown Melbourne and implements two of the recommendations made by the Royal Commission into Crown Melbourne. The proposed changes, which are likely to be passed by parliament soon, are designed to, as Minister Horne indicates, “hold Crown to account” and “strengthen the already robust oversight of the casino operator” by putting forward measures which “enhance compliance and enforcement”.

The amendments introduced by the CLLA Bill are the second tranche of changes made to Victoria’s casino legislation following the Royal Commission’s report.

Last year, the casino legislation was amended to, among other things, increase the maximum penalty that can be imposed by the Victorian casino regulator from $1 million to $100 million. The penalty increase, which came into effect on 1 January 2022, has already been applied.

Crown Melbourne was fined $80 million in May 2022 relating to the use of credit cards by patrons in contravention of anti-money laundering and counter-terrorism financing rules.

The Casino Control and Other Legislation Amendment Bill 2022 (CCOLA Bill) was introduced into the Queensland parliament on 26 May 2022. This Bill also aims to strengthen casino integrity and regulation. The CCOLA Bill proposes a range of reforms relevant to the regulation of liquor, gaming and fair trading in Queensland, such as modernizing the state’s gambling legislation, introducing a new framework for wagering on simulated events, extending New Year’s Eve gaming hours, and introducing a cross-border recognition scheme for charitable fundraising.

Under the CCOLA, Queensland’s casino operators will also be subject to more stringent restrictions, with stricter compliance requirements, increased penalties and greater harm minimisation measures expected to be introduced.

It is also imposing a requirement on casino operators to self-report contraventions of the law and breaches of specified agreements and to ensure that all aspects of the management and operation of the casino operator are conducted honestly and fairly. It also expands the information gathering powers of the Queensland casino regulator.

Although Crown Resorts does not have a presence in Queensland, these amendments were deemed necessary as a result of the relevant inquiries into Crown in New South Wales, Victoria and Western Australia, as well as the independent investigation into The Star Entertainment Group in New South Wales. The Star Entertainment Group, which operates casinos in Sydney, Brisbane and the Gold Coast, will also soon face a similar inquiry in Queensland.

The proposed Bills in both Victoria and Queensland are reflective of the change in approach towards the regulation of casinos throughout Australia – namely, that the casino sector as a whole should be subject to a far greater degree of regulatory scrutiny and that casino operators should be held to a higher standard of accountability. Both the CCLA Bill and the CCOLA Bill reflect this approach and put in place measures to address concerns that were highlighted in the various public inquiries into Crown.