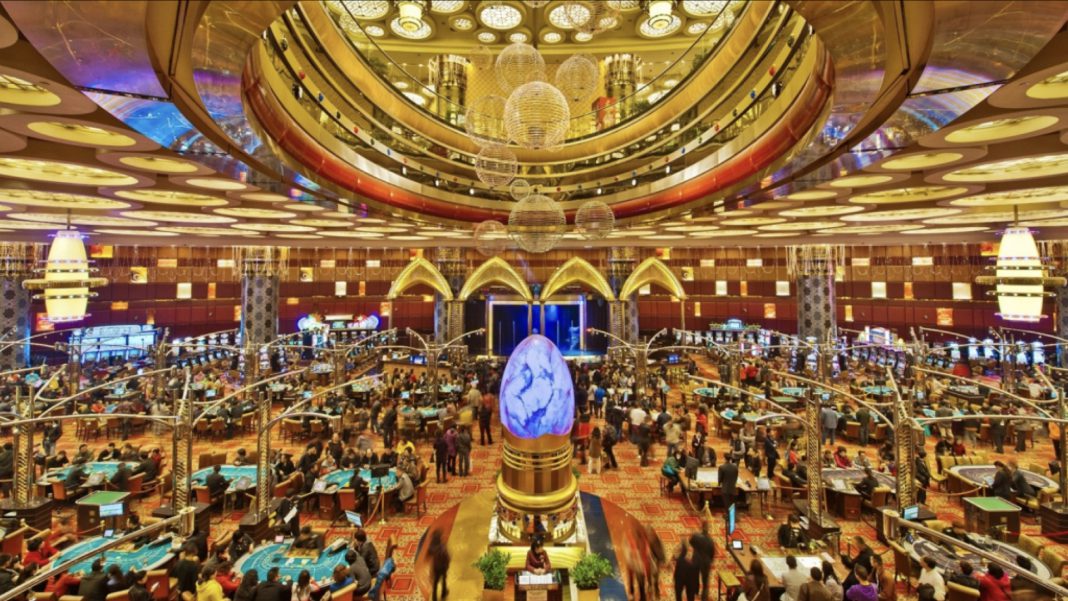 Macau’s mass-market is expected to make up three-quarters of total gross gambling revenue (GGR) by 2025, though more rooms, longer stays, and more gambling expenditure per visitor will need to be achieved for further growth, according to analysts.

Last month, Macau’s casino concessionaires posted their results for the 2021 calendar year to varying degrees of optimism. Though results between the six operators varied, one common theme from their respective annual reports and management discussions was the impact that Macau’s junket downturn may have on their bottom line.

Four out of six of Macau’s gaming concessionaires abruptly ended their agreements with gaming promoters after the arrest of junket boss Alvin Chau in late 2021, a rolling-chip fueled segment that made up approximately 30 percent of gross gaming revenue in 2019.

In one example, MGM China, the operator of MGM Cotai and MGM Macau noted in its annual report that “increasing scrutiny and restrictions imposed on gaming promoters… has led to substantial declines in revenues from gaming promoters.”

Flagging potential risks, as each company does during their annual result filings, MGM China said one potential risk would be “if we are unable to maintain and further develop our mass-market business and replace revenue previously obtained through use of gaming promoters, our business, financial condition, results of operations and cash flows could be adversely affected.”

This in turn begs the question: How much does the remaining (non-junket) GGR need to increase in order for Macau to make up for the rolling-chip VIP shortfall?

To answer these questions, we reached out to Alidad Tash of 2NT8 and Eric Coskun of IGamiX Management and Consulting.

“The main mystery right now is how much damage has been done to the junket industry,” said Tash. “How much of the junket business will survive? And of the remaining (lost) business, how much of it will convert over to premium mass and premium direct? Finally, how will those premium segments be affected going forward.”

Tash said there could be as much as an $11 billion gap left by junkets that would need to be filled by the other segments. In the last three months of 2021, mass was operating at around 45 percent of its 2019 levels, while VIP was doing 25 percent before taking a dive in December

“It all depends on whether China decides to curtail the entry of gamblers into Macau or not,” he warns. “China can turn the spigot on and off as they please.”

The mainland has yet to re-authorize group tour visas, whilst there have been rumors of Chinese cities slowing down individual visit scheme (IVS) visas for Macau. It is currently unclear if the alleged policy is due to Covid-19 related fears or is part of wider tampering of cross-border gambling activity.

“Obviously, it’s tough to make a prediction so far into the future, especially with so many factors involved, but I see little likelihood of the other (non-junket) segments returning to their own pre-pandemic $25 billion level earlier than 2025, said Tash.

To then predict when they would be able to grow enough to cover the void left by junkets is a two-fold answer, Tash continues.

Gaming operators are more concerned about their EBITDA – non-junket GGR needs to only rise a further 5 percent to fill the hole left by junkets, given the higher margins of non-junket play. This is because the GGR from junkets will have already transferred to premium mass and/or premium direct. This should be achieved by 2026.”

“However, for overall GGR to reach back to pre-pandemic levels – non-junket GGR will need to rise around 20 percent over its 2019 levels (again aided similarly by the junket to premium conversion) – this could take another four years past 2025,” said Tash.

Eric Coskun of IGamiX Management and Consulting had a similar scenario envisioned for 2025, expecting Macau to reach only $32 billion in GGR, short of the $36.1 billion achieved in 2019.

“Junkets will not go away but will devolve back to a similar role they had back in the mid-2000s focused purely on a travel agent/rolling commission model,” he said.

Tash said there’s also a risk that China’s crackdown on illicit money flows could spill over and impact premium mass and direct VIP, which would mean that mass GGR would need to pick up even more slack.

Despite this, Tash was optimistic that Macau had the means of supporting this required increase in mass gamblers, given increasing hotel room supply, and more non-gaming investment aimed at attracting more visitors to Macau.

“By 2024 we expect around 5,000 rooms to be added to Macau’s hotel room supply, just with Melco and Galaxy’s expansion efforts alone. That will be more than enough to support the required increase.”

Coskun took a more conservative view. While he believes Macau will eventually return to the 40 million visitors per year mark by 2025, gaming spending per capita will remain lower.

“Macau’s biggest issue has always been a sufficient supply of rooms. Macau has a 36,000+ room inventory however average length of stay remains at 1.4-1.6 nights.”

“This was due to the bulk of the rooms catering to VIP and high end players… There has always been an insufficient supply of 2 and 3 star rooms (18 percent of total inventory) this leads to a large percentage of the mass market visitors to book rooms in Zhuhai for several nights and just do day trips into Macau.

Coskun says that Macau needs to build another 10-15,000 rooms in the 2-3 star segment for mass gaming to grow to the required levels.