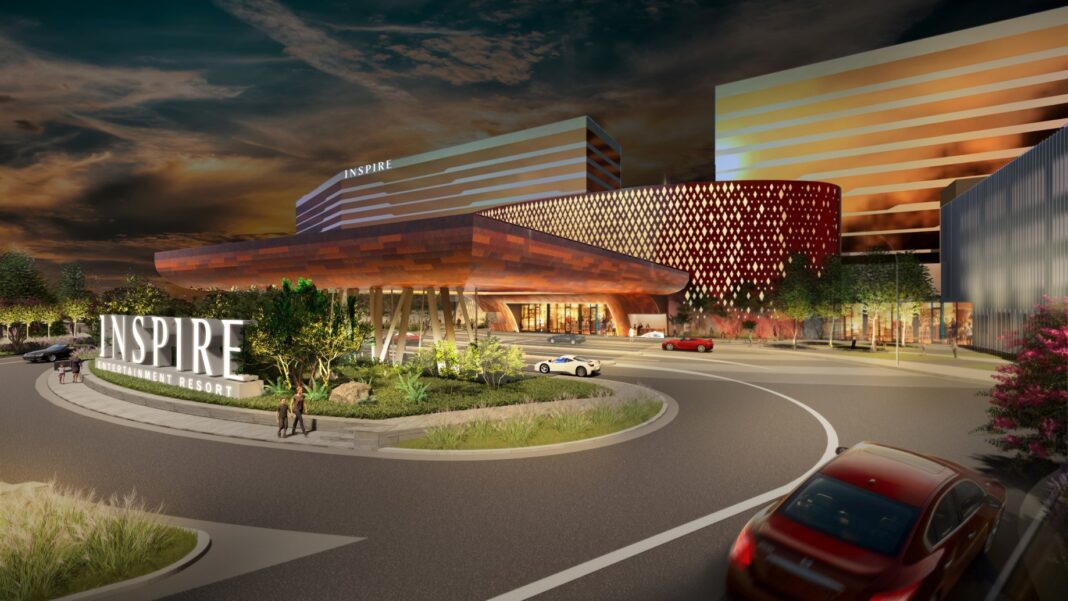 Mohegan Tribal Gaming Authority has announced that it has reached an agreement with South Korean conglomerate Hanwha Corporation for the group to make a ‘subordinated investment’ amounting to approximately $80 million dollars, in the form of issuance of non-registered, non-guaranteed junior convertible bonds.

The financing relates to the group’s under-construction INSPIRE integrated resort in Incheon, South Korea and is split into two tranches of approximately $40 million, the first of which was to be funded on December 30th, 2022. The second tranche of $40 million ‘must be funded on or before March 30, 2023,’ according to a Mohegan filing.

The convertible bonds bear interest at a fixed rate of 5.5 percent per year, maturing on December 30th of 2023, interest is payable every three months, with the first payment three months after the funding of each respective tranche. At maturity, Mohegan’s subsidiary Inspire Integrated Resort Co ís required to pay a redemption amount equal to a yield-to-maturity rate of 10 percent’ per year, compounding annually.

After 36 months Inspire may pay up to 70 percent to redeem the bonds, whereas after 60 months Hanwha can convert the bonds into common shares of Inspire, not to exceed 5 percent of the total number of outstanding shares of inspire, at a price equal to KRW99,960 per share.

Hanwha Corp had been appointed at the main contractor for the Incheon resort in late 2019, while the group’s hotel and resort arm is set to manage the non-gaming offerings at the property, including the three five-star hotel towers set to open in ‘the latter half of 2023’. The agreement covers 1,270 hotel rooms and suites.

The $5 billion INSPIRE project will include a foreigner-only casino, a 15,000-seat arena, convention space, dining, retail and entertainment, alongside an indoor water park and outside family park.

It’s expected to be the largest integrated resort in Northeast Asia, a 4.3 million square meters, and the first destination resort in the world with its own private air terminal.