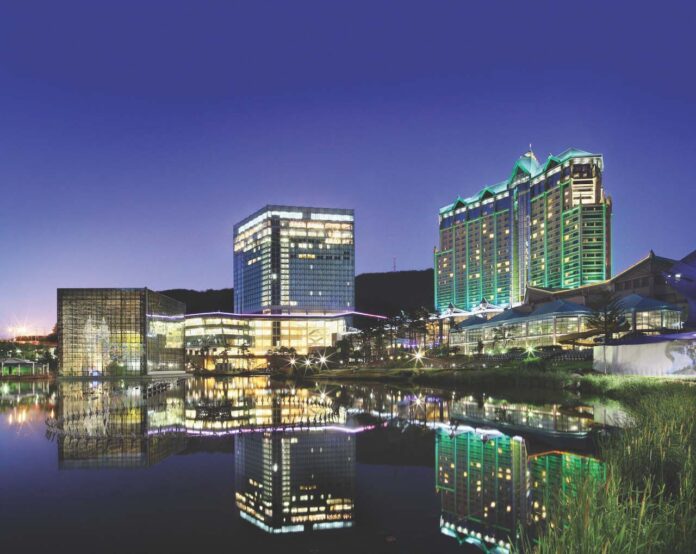 Kangwon Land, the only casino in South Korea where locals are allowed to gamble, is expected to continue to outperform its peers as the country reopens after Covid

NH Investment & Securities analyst Hazel Lee said the company is the top pick in South Korea’s casino sector. She has a “buy” rating on the shares and a price target of KRW36,000.

Kangwon operates the High1 Resort in a remote area of the country. It is permitted to allow locals to gamble under the Special Act on Development Support for Abandoned Mine Areas, which was enacted in 1995 to help economic recovery in seven abandoned mining regions.

“As this proves the firm’s solid demand, its earnings are expected to rebound once operations normalize.”

However, she said that the number of people booked on a daily basis has already returned to pre-pandemic levels.
“As this proves the firm’s solid demand, its earnings are expected to rebound once operations normalize,” she wrote.
The South Korean government is currently in discussions to move to a policy of coexistence with the virus, which is likely to take place from` November as vaccinations rise. This is likely to mean additional easing of casino restrictions.

Lee estimates Kangwon Land will post 3Q21 sales of KRW272.5 billion, up 256 percent year-on-year and an operating profit of KRW4.2 billion, with both figures above consensus views.

She also notes that under recently modified social distancing rules, even if Covid levels rise, casinos won’t be shut down.
The company reported a major improvement in its 2Q21 results, both year-on-year and from the prior quarter, returning to a profit of KRW20.9 billion ($18.1 million).

In the same period a year ago, Kangwon Land had a loss of KRW45.6 billion, while for 1Q the loss was KRW40.9 billion. Revenue in the period surged 487 percent from last year and doubled from 1Q to KRW203.6 billion. Casino sales made up KRW183.9 billion.

In August, it announced that the government has extended its license for another 20 years, although it will be required to make a greater contribution to a fund designed to boost the economy in the remote area of the country in which it operates.
Instead of paying out 25 percent of profit, the company will be required to pay 13 percent of gross gambling revenue to the Abandoned Mine Fund.

The locally listed companies have been marketing staycations to locals to drive revenue from their non-gaming activities and both reported improved revenue for August.

Jeju Island casinos have also struggled during the pandemic, with the majority remaining closed in the absence of foreign tourists. However, Jeju Shinhwa World, operated by Landing International, was also buoyed by its non-gaming activities.

The company operates a foreigner-only casino at its IR on Jeju Island, the Landing Casino, which generated revenue of HKD58.65 million during the six-months, a near-42 per cent fall year-on-year. The loss from the segment also rose drastically, totalling HKD247.98 million, up nearly 250 percent.

But despite the downturn in its gaming segment, overall revenue for the group rose by nearly 82 percent, reaching HKD476.62 million, with non-gaming revenue from Jeju Shinhwa World totalling HKD350.65 million, up 186.5 percent yearly, supported by its hotels, MICE, F&B, theme parks and merchandise sales, as well as leases of retail space at the resort.

Grand Korea Leisure, a foreigner-only casino operator in South Korea, has appointed Kim Young-san as its new CEO, replacing Yoo Tae-Yeol. Kim’s appointment comes after an extraordinary shareholders meeting, and over two other candidates. His term is set to last for three years.

According to a filing from GKL, Kim has been the vice-chairman of the Korea Casino Association from 2019 and was a former director of the Culture and Arts Policy Office of the Ministry of Culture, Sports and Tourism from 2016 to 2019. He has also served time as the director of Korea Cultural Center in Los Angeles from 2012 to 2016. GKL posted a narrower loss for 2Q21 as sales surged both year-on-year and sequentially.

New Silkroad Culturaltainment said it recorded zero revenue from its entertainment business in South Korea in 1H21 due to the ongoing pandemic prevention measures. The Hong Kong-listed company operates the Megaluck Casino on Jeju Island. In the same period of 2020, the casino generated HK$0.4 million in revenue.

New Silkroad, which also operates a profitable wine business in China, said the losses from its entertainment business had narrowed by 58 percent in the first half to $2.1 million due to cost containment measures. The company also said that its project to build an IR on Jeju – known as Glorious Hill – remains stalled due to financing difficulties and Covid. “The prospect of the business in South Korea is arduous. The Board will continue to pay close attention and assess the operational situation of the business