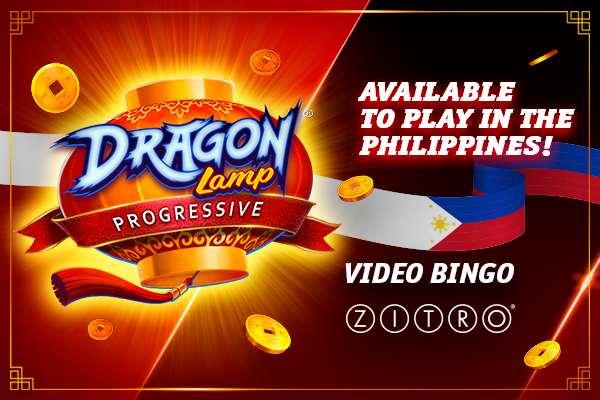 Zitro has introduced its Dragon Lamp video bingo product to the Philippines.

Zitro said the success of Dragon Lamp began in Mexico and Spain and is gradually spreading to other countries around the world.

“Our video bingo has always been overwhelmingly successful with players in the Philippines, and now Dragon Lamp has come to further increase the hype for our machines,” says Nadège Teyssedre, Zitro’s EMEA Sales Director. “Progressives can now be won much more frequently, as you don’t have to do ‘bingo’ to win the Jackpot.

In addition, we incorporated completely new games with highly sophisticated graphics and sounds, an unmistakable hallmark of the Zitro brand and which enchants the Filipino players”, Nadège concludes.