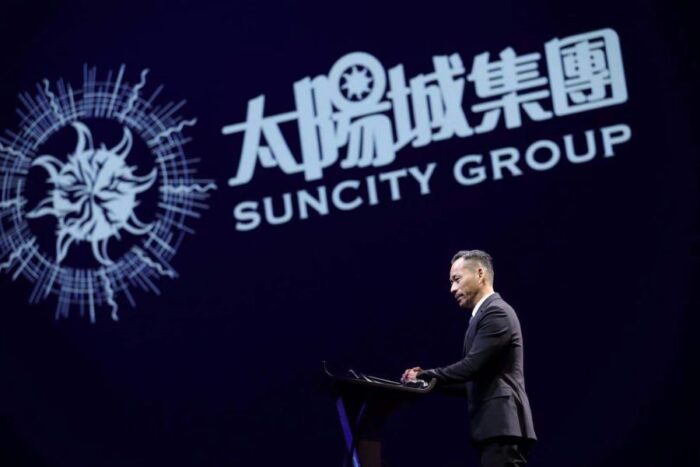 Alvin Chau’s ex-colleagues confess Suncity was operating a multiple bet racket, but Alvin has no recollection of the same.

In Alvin Chau/Suncity’s trial at Macau Court on Thursday, Chau continued to deny the charges against him, whereas defendant Cheong Chi Kin testified, saying that he developed the system to assist the under-table transactions.

According to Kin, he operated two companies that facilitated the betting under the table, and he would bring customers to Suncity’s Macau VIP rooms.

Kin also admitted in the court to being a friend of former Suncity Group junket boss Alvin Chau and that he had worked as a junket agent for privately-held Suncity Groups.

On being questioned in the Court, Kin further admitted that he had been linked to entities specializing in the handling of multiplier bet business, which had employed many people, but these groups had no links with Suncity.

Kin also confessed to conducting multiplier bet business in VIP rooms run by Suncity, as well as in rooms run by other junket operators in Macau.

Kin said that Chau had referred many clients to him, interested in engaging in multiplier bets.

Kin further said that the former Suncity Group boss Alvin Chau was aware of how the multiplier bet business operated from the junket operator’s VIP rooms.

Kind further added that multiplier business bets were one of the ‘hot’ gaming techniques in Macau’s gaming industry.

Celestino Ali, who headed the information-technology operations at Suncity, also faced trials on Thursday and is accused of operating illegal gambling, running a criminal syndicate, and fraud.

Ali admitted to developing a system titled Opsman, having been requested by Kin to do so after he was exposed to the internal communications app SunPeople, used by Suncity staff.

Kin was interested in the SunPeople system, so he asked Ali to set up an Opsman system involving the billing room, so Ali helped him design the system, Ali told the court.

Ali added that the Opsman system was designed and set up by a Mainland company engaged in the information technology sector, while he just acted as a middleman for the deal.

Ali further emphasized on the fact that he was in charge of the information technology department of Suncity and that any changes, addition or removal of software in the system were directed by the corporate leadership of the company.

These instructions were passed from the corporate team to the infotech division of the company, which was headed by Ali.

In turn, Ali noted that he usually passed on the same business further to Hong Kong based infotech company which was involved in designing and developing the company’s IT Systems.

Ali reiterated that he used to act as a middleman between Suncity and Hong Kong based IT company.

In earlier depositions before the Macau Court, Chau pleaded not guilty and presently also continues to plead not guilty.

Chau told the court of not having any knowledge of gambling, neither have ever gambled, and that under-the-table betting was not practiced at Suncity, though it was rife at several other casinos in Macau.