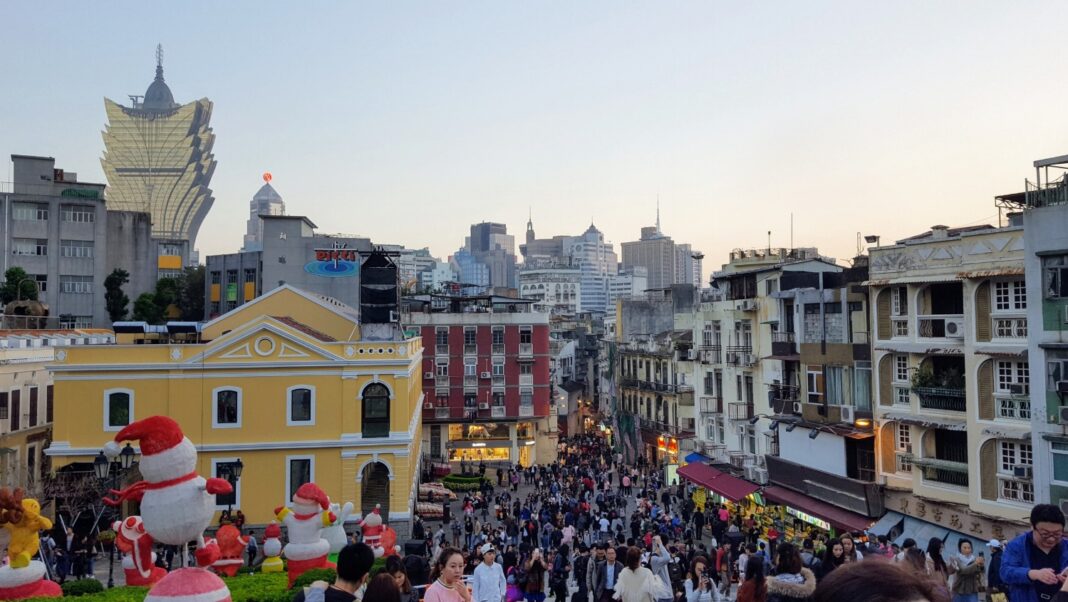 Macau has finally decided to ditch its mandatory hotel quarantine for arrivals from outside mainland China, marking a significant change from the city’s stringent anti-epidemic measures which have plagued the economy for nearly three years.

The mandatory hotel quarantine for arrivals from all foreign countries, Hong Kong and Taiwan have been replaced with a five-day home quarantine.

However, this measure does not apply to tourists arriving from outside of mainland China, who are still subject to a five-day hotel quarantine and three days of self-health management.

Under the new measures, largely expected to impact locals and business owners, during the first three days of the quarantine, arrivals will have a red health code. After being subject to a rapid antigen test and nucleic acid test on the third day, if results are negative, the arrivals will have their health codes change to yellow. They will then be subject to daily NAT tests on the final two days of home quarantine.

If negative, the arrivals will have their codes change to green, but will still be prohibited from entering mainland China for three days.

The measure will only apply to individuals arriving from the foreign countries, Taiwan and Hong Kong, who have a residence in Macau. Other visitors will still need to undergo a hotel quarantine of five days followed by a three-day red health code.

The measures still require those departing for Macau to display a negative NAT test taken within 48 hours and a NAT upon arrival at the port of entry. However, they will not need to wait for the test result and can go directly home to undergo their five-day quarantine.

Nationals of some countries, such as the Philippines and Vietnam, are reportedly still required to apply for entry to Macau before their arrival.

Speaking to media, representatives of the gaming operators noted that the new changes to quarantine are not expected to impact tourist numbers, with Galaxy Entertainment Group’s Francis Lui noting that: “our clients understand that 5+3 is not a favorable measure for them to come to Macau. Therefore, we will see when entrance measures for Macau will be improved. We believe that these measures could be lifted very soon, as the pandemic has stabilized”.

Melco’s Lawrence Ho, regarding the requirements for nucleic acid testing to enter the territory noted that “if this measure is lifted or improved, many more mainland Chinese tourists will come to Macau and foreign visitors as well. That is, if our entry measures are reduced to 0+0, I think that we can expect a large influx of tourists.”

Under a liberalized entry policy, gaming operators are hoping to return to Macau’s former yearly influx of 40 million tourists, but are also hoping to focus on higher net-worth individuals and increase the visitor stay period.

MGM China’s Pansy Ho noted that this will be possible by promoting the SAR at trade fairs “in Asia and the Middle East” and attract clients with higher buying power by using charter flights. The sentiment was echoed by Melco’s Lawrence Ho, who said the company intends to use its two planes to attract the high net-worth individuals.

Regarding other avenues, Pansy Ho noted that improvements to the transport network are desired “whether via the (HKZM) bridge, the rail networks or air travel”, noting expansions of both the Macau and Hong Kong airports.

Galaxy’s Francis Lui cautioned a numbers-only approach, noting that increased consumer spending, both by individuals with higher buying power and those who stay longer in the SAR, will help boost the economy.

Macau’s tourism body is also aiming to increase visitation, meeting with the tourism sector to develop measures, including increasing international flights from beyond the current range of Singapore, Tokyo, Taipei and Hanoi.

The head of the tourism bureau noted that they would continue to offer hotel and plane discounts and encourage the increase of flights between Macau and other cities.

Macau’s flagship carrier Air Macau has noted that the company is preparing to restart flights to Osaka and Bangkok before Christmas, according to TDM.

In January, the carrier plans to open flights to Kaohsiung in Taiwan and to Seoul, while in February new flights are expected for Da Nang, Singapore and Manila.

Macau’s tourism bureau is also planning to increase the frequency of transportation between Hong Kong and Macau – both by land and sea.