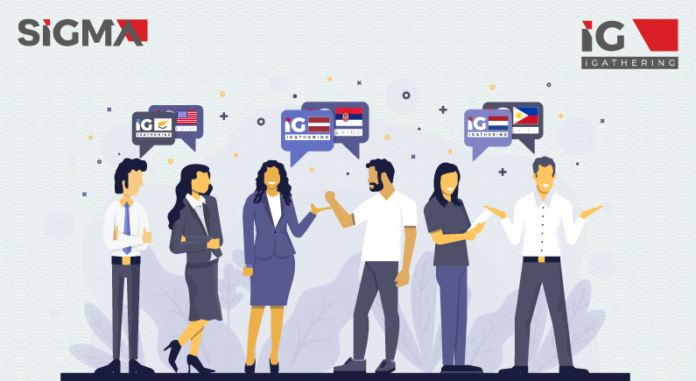 In the run up to the upcoming SiGMA Europe show during Malta Week, SiGMA is taking its renowned series of iGathering events across three continents.

Successful dinners were held this summer in several European locations, including Kiev, Marbella, and most recently, London – and for many guests marked the first iGaming networking events since the health crisis prompted a series of nationwide shutdowns. A dinner in Florida in the beginning of June kicked off the first iGathering to be held in the USA, paving the way for an event this Autumn on the 3rd of October, which debuts in Las Vegas with an elegant dinner set up at the Wynn Resort.

Next up on SiGMA’s calendar of events however, is a dinner in Latvia’s capital – Riga – lined up for the 26th of August at the Royal Casino, it will also welcome guests from neighbouring regions, such as Estonia and Lithuania. This will be followed by a second European location, set in the heart of the Balkans – Belgrade. Planned for the 14th of September, the exclusive dinner will be held at the Azzaro Green Club.

SiGMA’s roadtrip through Europe continues with a next stop in Limassol just two days later, and then on to Amsterdam on the 29th of September, before concluding with a last stop in Sofia on the 27th of October. Then it’s over to the Philippines for a dinner at the popular Manila Padel Club on the 22nd of October.

With no-expense-spared, these lavish events offer a plethora of premier opportunities to network. Dress for dinner at luxury restaurants, take in the sights on a sunset cruise or make the most of long, hot summer days at our pool parties. With hotspot locations such as Manila, Amsterdam, and Las Vegas already highlighting the year’s iGaming calendar, we’ve got you covered when it comes to meeting the right people in the right place.

The guest list is strictly limited to 200 prestigious c-levels, ensuring intimacy and exclusivity, with attendance only secured through invitation.

These events present the ideal opportunity to network and strike connections in a cordial environment where attendees can relax and forge synergies, and since our dinners are fully sponsored and completely free of charge for the dinner delegates, invitees only have to arrive and let us take care of the rest!