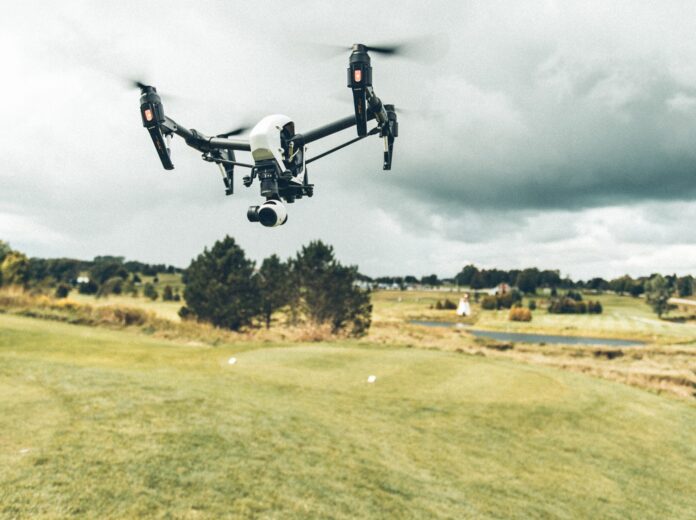 The use of drones to facilitate inplay betting on the United Kingdom’s horseracing courses has become a scourge for the industry that could easily spread to other global jurisdictions, regulators warn.

The British Horseracing Authority (BHA) says that the problem is now so widespread in the U.K. that there isn’t a fixture when the drones aren’t present.

The Covid pandemic, which saw spectators banned from the stands, has exacerbated the problem.
“I receive my race day summaries and every single fixture our team are noting one, two, three drone operators operating beyond the boundary of our racecourse trying to gain in-running pictures,” said Brant Dunshea, chief regulatory officer of the BHA.

“The UK is a really unique market,” he said. “I’ve not been made directly aware of it having been made a problem elsewhere, but inevitably in my 30 years in racing administration, where we’ve seen an integrity related threat pop up in one jurisdiction it pretty quickly pops up elsewhere.”

There’s a lot at stake, both for the race courses and for the drone operators. Dunshea said in some cases the drones can provide live footage as much as five to 10 seconds ahead of the terrestrial broadcasts, giving punters a significant edge.

“There was one company that advertised on social media the opportunity to pay a subscription to gain access to the feeds,” he said. “It was at an address in London.”
As well as selling to individual punters, local U.K. media have reported that the drone operators are also selling the feeds to major online betting platforms.

For the race courses, the practice jeopardizes their lucrative broadcast rights, a key source of income.
“The racecourses own the rights to the footage and it’s a serious issue for them. It’s a classic case of how regulations are racing to keep up with technology,” Dunshea said.

Still, it’s a tricky legal question. Drones have been in use legally in British racing since 2015, when they streamed pictures from Royal Ascot. Operators need permission from the BHA and be operating in accordance with Civil Aviation Guidelines. The horse racing body has a set of stringent guidelines that must be adhered to and a formal agreement must be in place.

However, those drone operators streaming from land adjacent to the tracks and not impinging on the territory are not technically illegal as long as they comply with CAA guidelines.
“We don’t have regulatory oversight of those operators,” Dunshea said. “We can work with the Racecourse Association, the course and law enforcement to try to best manage the situation.”

At the Grand National this year, one of the most popular dates in the U.K. horse racing calendar, authorities did have some success. The BHA’s integrity staff worked with local police to arrest three individuals operating a drone offsite.
An employee of drone operator FoxFly was also arrested in Ireland earlier this year, when police judged he had breached lockdown regulations.

The company told Ireland’s Sunday World that it planned to fight the case on the grounds that the employee was providing digital content for public use, which fell under the Covid lockdown exemptions.
The company owner, named as Mick McCool, told the newspaper that Foxfly’s drone operators are fully licensed, that they comply with all relevant regulations covering the use of drones by observing the races in non-built up areas located up to a mile away.

For horseracing authorities, the proliferation of unregulated activity is a key integrity issue.
“The risk is obviously beyond just our shores,” says Dunshea. “We know that people wishing to wager on our product can do so through grey market operators, or those who are operating outside of the regulatory framework. As an integrity threat it’s a broad one and has no boundaries.”

Dave Povey, head of sportsbook for RPM Gaming, agrees that there are no upsides from the use of drones.
“I can only see negatives here – there’s very little upside to the regular viewer / punter in terms of bird’s eye view on events, so it’s more a fad that could fade really. However, there are significant integrity issues around sporting organisations and syndicates using drones for their own benefit and stealing a march on operators.”

Big Betty to make its debut at ICE London 2022