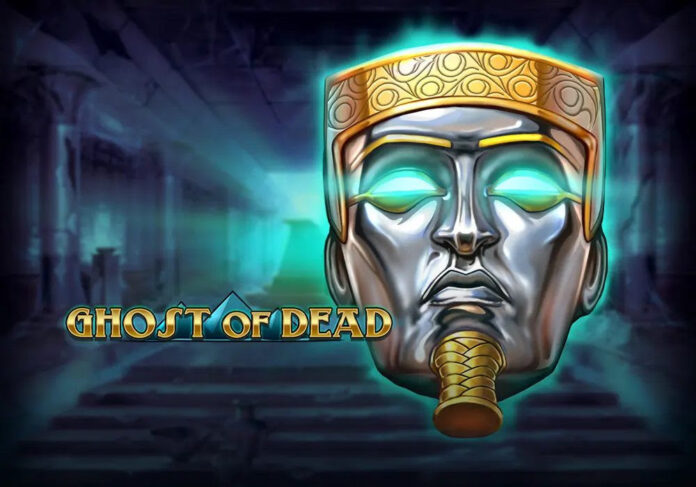 Fans of the Dead Series are in for a treat with Play’n GO’s latest release, Ghost of Dead.

Ghost of Dead introduces us to the living spirit, Akh. Ancient Egyptians believed that, in death, vitality and soul combine to create Akh, who can take on any form and is free to roam the world. Now, Pharaoh Unas’s spirit has been resurrected. Unas uses his new-found magic to guide worthy mortals to his hidden treasure.

Players of the Dead Series will see familiarities throughout the game. Ghost of Dead is a classic 5×3 slot; the expanding symbol seen in previous games takes its place here too. This is a game with huge potential as players can win up to x10000 their bet.

Visually symbols ring true to previous games, motifs associated with Ancient Egypt; we’re talking scarab beetles, Canopus, snakes and ankhs. Radiating opulence, the use of gold and a regal colour palette of green, purple, and navy is carried throughout the series.

With the success of the Dead Series, Head of Games Charlotte Miliziano explains why it’s important to innovate and maintain consistency within all Play’n GO’s popular series:

“With titles in the Dead Series, players already have an idea of what the game should look like and how it will play.

It’s a balance of innovating to keep players engaged, but familiarity and consistency are key in creating a reliable series of games that players can depend on.”

It’s safe to say that The Dead Series will maintain its popularity over time, and Ghost of Dead, like its sister games, will be one that players will want to play again and again.