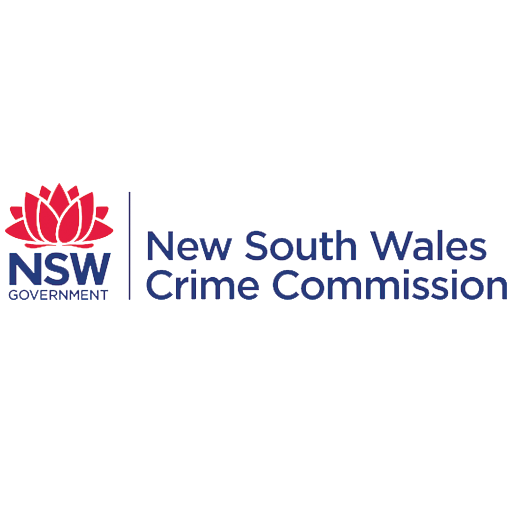 The introduction of a mandatory cashless gaming card and enhanced data collection measures are among a series of recommendations of an extensive inquiry led by the NSW Crime Commission to crack down on money laundering through Electronic Gaming Machines (EGMs) in NSW pubs and clubs.

A multi-agency investigation has found that criminals are funnelling billions of dollars of “dirty” cash through poker machines in pubs and clubs every year in NSW but there are no effective controls or data collection to identify or prosecute those involved.

NSW Crime Commissioner Michael Barnes said poker machines offered criminals one of the last remaining safe havens where cash from criminal enterprises could be “cleaned” or gambled with virtual impunity.

“At the moment serious offenders can enter NSW pubs and clubs, sit down next to patrons in gaming rooms, and openly feed large sums of cash from their crimes into poker machines with no real fear of detection.

“The lack of traceable data collected by EGMs means the exact scale of this criminal activity is impossible to determine but it is clear from our investigations it involves many billions of dollars every year.

“These basic reforms will help exclude vast sums of dirty cash that are primarily the proceeds of drug dealing. I’m sure venues won’t argue they should keep receiving that,” Mr. Barnes said.

Approximately $95 billion in cash flows through poker machines in pubs and clubs in NSW each year, making it the gambling capital of Australia.

The NSWCC has made eight recommendations for reform following the investigation carried out with the Independent Liquor and Gaming Authority NSW and the assistance of AUSTRAC and the Australian Criminal Intelligence Commission.

The Inquiry into Money Laundering via Electronic Gaming Machines was focused on investigating and seeking to minimise criminal activity related to EGMs and is separate from other measures which governments and the industry are pursuing to address problem gambling and harm minimisation.

The inquiry examined two forms of money laundering – that which seeks to use EGMs to load, “clean” and then withdraw cash to hide its origin and that which involves criminals using the “dirty” cash to gamble.

Both are serious offenses under the Crimes Act carrying a maximum 15 years jail.

The inquiry found that the “cleaning” of the proceeds of crime is not widespread in clubs and pubs as processing vast sums of cash is inefficient compared to other avenues for laundering. However, large sums of the proceeds of crime are being gambled by criminals in pubs and clubs across the state, rewarding and perpetuating crime in the community.

As part of the evidence gathering, the Crime Commission used its special powers to summons witnesses, monitored persons of interest, and extensively analysed data and intelligence holdings across agencies.

The report contains case studies that provide real-life examples of how allowing cash to continue to be used in electronic gaming machines makes it easy for criminals to gamble with illegally gained money.

It also identified an apparent lack of awareness by club boards, hoteliers and their staff of their anti-money laundering responsibilities which it recommended also needs to be addressed with improved legislation and regulations.

Commissioner Barnes said: “It is a deeply concerning peculiarity that in the largely cashless digital economy in which we live that gambling in NSW pubs and clubs remains a $95b a year information black hole. Clearly, that cannot be allowed to continue.”

Deputy Chairperson of the Independent Liquor & Gaming Authority, Murray Smith, said the inquiry has given valuable insights into how billions of dollars in dirty money is being put through pokies in venues ranging from small country pubs to large suburban clubs.

“The inquiry has identified the many challenges law enforcement agencies face in targeting this type of money laundering, such as a lack of controls and traceable data.

“The Authority stands ready to work in collaboration with other agencies to implement any reforms based on the inquiry’s recommendations.

“Innovations such as such as cashless gaming and more sophisticated data collection can be valuable tools in breaking the link between organised crime and gaming machines.”

AUSTRAC CEO, Nicole Rose, said that cooperation between agencies as well as support to industry are critical to keeping the community safe from criminal activity.

“AUSTRAC values the partnership with law enforcement and state regulators to detect and disrupt criminal activities impacting our community,” she said.

“It is important that pubs and clubs take their anti-money laundering obligations seriously. The year-long investigation has increased collective understanding of the threat, and renewed vigilance around pubs and clubs will limit the opportunity for criminal infiltration.

“AUSTRAC’s education sessions and guidance for pubs and clubs with gaming machines have armed venues across the country with the tools to recognise and prevent money laundering on their premises.”

Commissioner Barnes concluded: “The collaboration of the partners participating in this Inquiry has generated new insights that provide a sound evidence base for the recommendations contained in the report. The Government, stakeholders, and the public can have confidence that if implemented, these recommendations will reduce the impact of serious and organised crime in NSW.”

Government engage with industry to:

(a) Identify ways that collection and analysis of EGM data could be enhanced for the purposes of money laundering identification at a venue level and to improve evidence available for prosecution;

(b) Explore technical and policy/process solutions to better utilise data collected by EGMs; and

The legislative and regulatory frameworks governing EGMs in NSW be amended to clarify that persons/entities with functions associated with EGMs must take steps to prevent money laundering.

Government engage with industry and regulators to create a legislative or regulatory mechanism to support the exclusion of persons suspected of dealing with proceeds of crime from venues with EGMs, supplementing the existing rights of venues to exclude patrons from their premises.

Government, in consultation with industry, update education requirements to include education on money laundering and increase the frequency of the training provided to venues from internal and external sources to support venues in discharging their obligations under the AML/CTF Act.

Government work with industry to build the sector’s investment in AML/CTF training and education, and secure support for training from external sources.