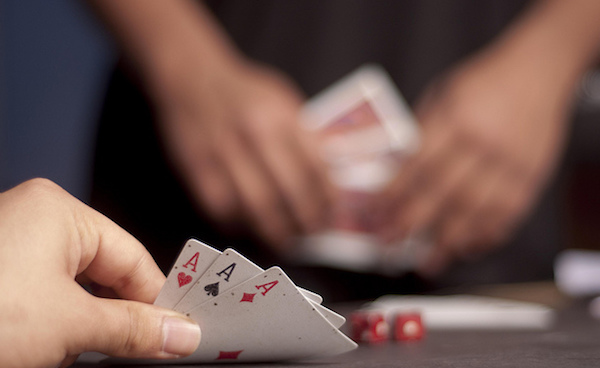 The Star Entertainment Group, who was all so gung-ho about a tie-up with rival Crown Resorts, has now clawed back its merger proposal, citing uncertainty in Crown being able to retain its Melbourne casino license. It comes only days after a royal commission inquiry recommended the stripping of Crown’s license in the state.
This week, our Face-to-Face series brings you something slightly different. We speak to science writer and amateur poker player Alex O’Brien, talking about how the game of poker can actually rewire your brain, and the need for the industry to present poker as a true skill-based game, rather than a male-dominated bad boys’ sport.

The Star Entertainment Group has retracted its proposal to merge with rival operator Crown Resorts, citing uncertainty in Crown being able to retain its Melbourne casino license. The announcement comes only days after the counsel for a Royal Commission inquiry into Crown Resorts recommended that the company be stripped of its Melbourne license as the problems run too deep for corporate reform. Analyst Don Carducci at J.P. Morgan previously told AGB in an interview that it was unlikely for the Star/ Crown merger to go ahead, and that a further revised bid from Blackstone would potentially be a more attractive offer for Crown.

Shares in Las Vegas Sands fell more than three percent in trading on Thursday after analysts reduced their earnings forecasts for the year following weaker-than-consensus Q2 results. The figures, which were released on Wednesday came in some 16 percent below consensus forecasts. Despite the miss Deutsche Bank said quarter was largely uneventful. However, it has adjusted its estimates due to the continuing travel restrictions that are affecting its operations in Macau and Singapore.

On Thursday, Macau’s Secretary for Economy and Finance assured that the SAR government would be moving forward with its public consultation on the new gaming law within the second half of this year. Speaking to the press, the official stated that the government is “carrying out the work,” while noting that the SAR government had never established “an exact timeline”. Macau’s Chief Executive had previously assured in his Policy Address last November that the government would complete the revision of the gaming law by the fourth quarter of 2021, having commenced its redrafting in the first quarter.

In this week’s Face-to-Face interview we bring you something slightly different. AGB managing editor Sharon Singleton speaks with Alex O’Brien, an author who is passionate about the game of poker and who has written a book about the game’s ability to change your way of thinking. She shares what she has learned and talks about the need for the industry to improve its image to present poker as a true skill-based game, rather than a male-dominated bad boys’ sport.