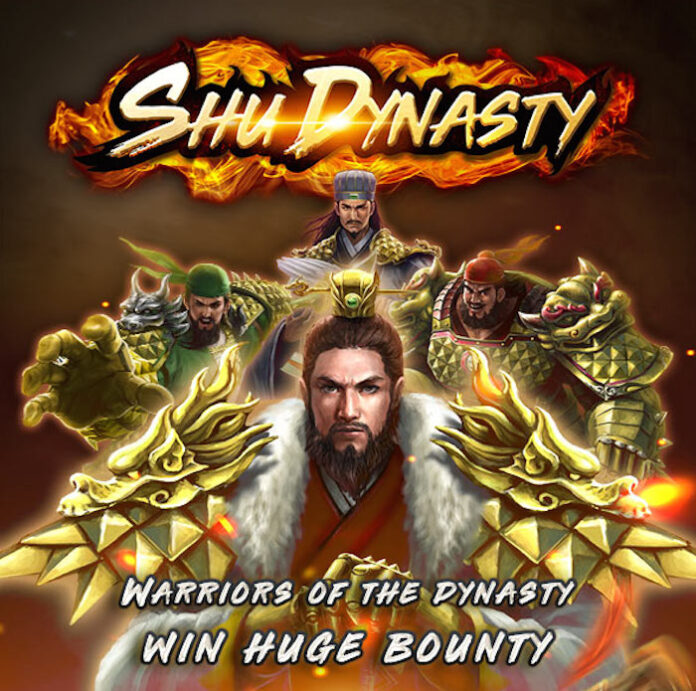 The story is based on the Three Kingdoms Period in ancient China. The heroes from
Shu Kingdom strived to revive the old Han Empire. With strong leadership, mighty
generals, brilliant strategists, and brave soldiers, the heroes of Shu Kingdom were
determined to face all possible challenges and danger along the way to victory.
Scene 1 features Zhuge Liang, who has been considered one of the all-time best
strategists of China. The game is a 3-4-4-4-3-reel slot, with 576 ways to win. It
features an Extra Reel Wild, where 1 or 2 reels will be randomly filled with Wild
Symbols vertically.

Scene 2 features Zhang Fei, one of the most fearsome fighters that time. The game is
a 4-3-3-3-4-reel slot, with 432 ways to win. It features a Bomb Wild, where a Bomb
Symbol would appear randomly on one of the nine positions.

Scene 3 features Guan Yu, one of the most respected generals of Chinese history.
The game is a 3-3-4-3-3-reel slot, with 324 ways to win. It features an Extra Reel
Wild, where up to 7 symbols would be placed randomly on the reels!

All three scenes come with a Free Game Feature, where reels extend and additional
rows are added to the reels. This allows players to play a maximum of 2,000 ways!
“Shu Dynasty” is also taking care of mobile users by supporting display in portrait
and landscape orientations. Players can enjoy playing the way they like! Defend “Shu