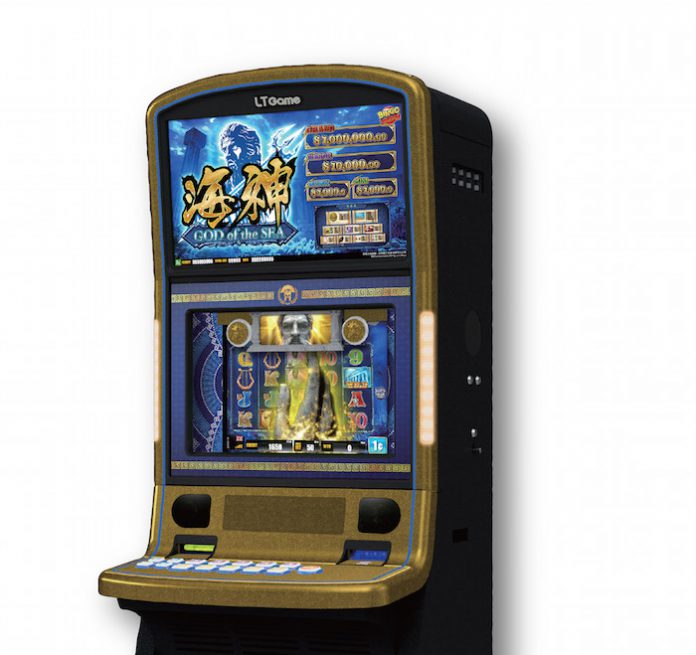 LT Game has launched its new gaming cabinet, with a unique bingo jackpot that allows players to control the gaming speed and enjoy the excitement of both slot and interactive games.

The FAFA SLOT RGX 1000 has real moving objects and introduces a fascinating story line, with exquisite animations. The game titles include “Fortune monkey,” “GOD of the SEA,” “Rank up Dragon,” “Fortune Master” and “Savannah King,” which feature diversified cultures and story backgrounds. Splendid visual effects of LED objects falling down will surprise and excite game players. Shutter doors interlocking with enhanced visual effects will introduce players to a new and exciting world.

This unique game play screen movement is directly linked to players’ win. All these game titles can be linked to a progressive Bingo Jackpot.

Another brand-new LT slot game – “TEKKEN” series has also hit the market. Being a famous Japanese media franchise, TEKKEN, or Iron Fist in Japanese, is centered on a series of fighting video and arcade games, which have been popular with players for decades. The game titles include “HEIHACHI”, “ASKUA” and “PANDA”.

In addition, LT Game’s new slot cabinet LTS1, which launched in the US in 2019, also made its first appearance in Macau this year. New game titles such as “YuGongYiShan,” “WuFuQiTian” and “FuGuiDiZhu” are specially designed to cater to a bigger range of slot players. For example, “FuGuiDiZhu” adopts the theme of the most popular card game in China, “Fight the Landlord.” “Bowl of Gold”, introducing a Chinese culture-themed progressive link, has 5 levels of progressive and pick progressive features. The game is tailor made for Asian players and is engaging with unique features which brings the players more excitement than ever.