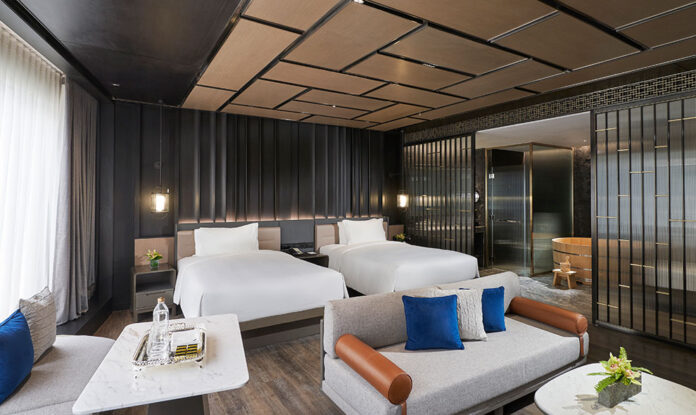 The opening of the 190-room luxury hotel has been many years in the making – with an agreement signed between Hotel Okura Co. and Travellers International Hotel Group in January 2018. At the time, it planned for a soft launch in the fourth quarter of that same year.

It eventually held the soft opening on December 28, 2021.

Speaking at the opening ceremony on Wednesday, Toshihiro Ogita, President, Hotel Okura Co., Ltd., said, “We are delighted that Hotel Okura Manila officially opens today. At this hotel, we are confident that Okura’s omotenashi (Japanese hospitality) together with the warmest Filipino hospitality, in conjunction with our spirit of “Wa” (harmony), would evolve into the ultimate hospitality.”

There are also two world-class dining options including the Yamazato, offering signature Japanese fine dining, and Yawaragi, featuring all-day dining with foods from the east and west.

On the top-most floor is a 20-meter heated pool overlooking the Manila skyline.