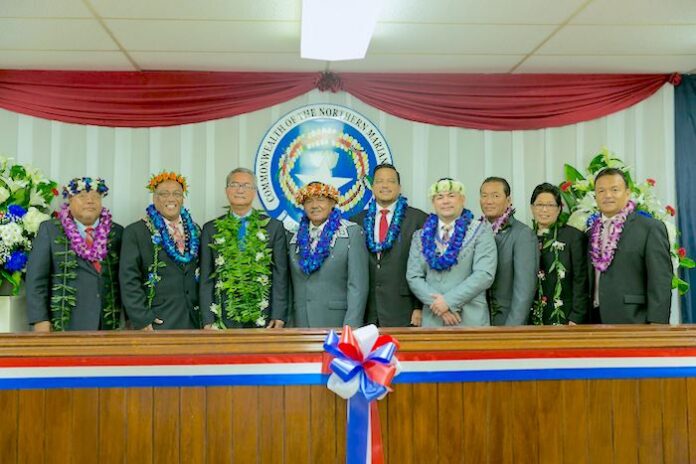 The CNMI Senate passed on a 6-1-1 vote a bill that would legalize and regulate the creation of an online gambling industry on Saipan, Tinian, and Rota.

It was Representative Lorenzo I. Deleon Guerrero, a Saipan-based Republican, who originally introduced the bill. He argues that properly-regulated online gambling poses no greater risk to public health, safety, or welfare than the land-based gambling that has already been legalized. He also argues that this industry could provide a diversified source of revenue for the tourism-dependent economy.

In the Senate, the sole opposition came from Senator Paul A. Manglona, a Rota Democrat, who claimed that the entire point of the legislation was to assist a single company, Imperial Pacific International.

“How can you control it when you know that the vehicle that you’re going to use is about to fall down a cliff?” asked Manglona. After noting that the bill specifies that only a firm which possesses a casino license would be authorized to establish an online gambling service, he added, “There is no other casino license holder on Saipan. It’s IPI.”

Indeed, IPI’s contract with the CNMI awards to the firm exclusive gaming rights on the island, so presumably it is the only Saipan firm that could conceivably benefit from the law. Rota and Tinian, however, have no such exclusivity arrangement in place.

Senator Sixto K. Igisomar, a Saipan Republican, responded to Manglona by noting that IPI would still need to pass muster with the US federal government.

“There are so many federal statutes this company must overcome. So before we even worry, if you believe that IPI can qualify for it, they have to jump through the obstacles of the federal government on internet gambling to make sure that they qualify for it,” Igisomar noted.

As the Senate did make a minor amendment to the bill, it must return to the CNMI House of Representatives for final passage into law.