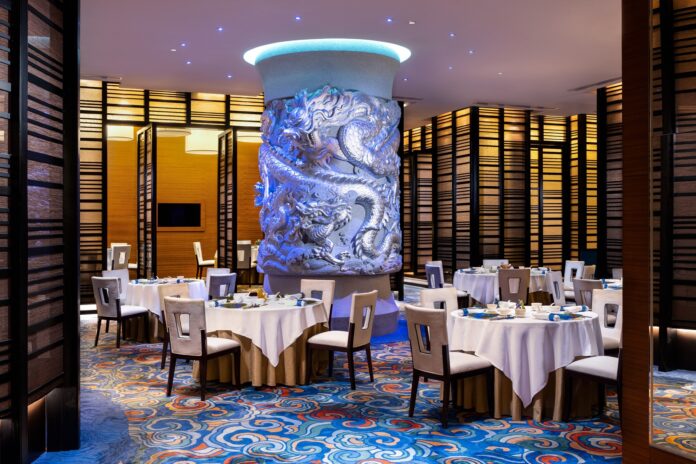 Macau’s casino operators have been awarded a wide array of Forbes five-star awards for their properties for 2022, with Wynn Resorts claiming the largest number of top awards for any independent hotel company globally.

Wynn said it had received 24 five-star accolades, with its Encore Boston Harbor garnering its first awards. Wynn Macau won eight individual awards, the highest on any resort worldwide for the sixth consecutive year. Sister resort Wynn Palace saw five of its restaurants given the top nod, the most of any individual resort.

“I am so proud of our team for achieving such important recognition, especially the team at Encore Boston Harbor for receiving five stars in its inaugural rating,” said Craig Billings, CEO of Wynn Resorts. “It’s clear that the personal dedication Wynn employees around the world have to the guest experience is unmatched.”

Melco Resorts & Entertainment won 17 top-notch awards for its portfolio in Macau and in Manila, with the Hotel Nuwa at the City of Dreams Manila getting an award.

“With Forbes Travel Guide being one of the world’s most admired and celebrated travel standards, we are honored to once again have our full integrated resort portfolio distinguished with the top Five Forbes-Star rating,” said CEO Lawrence Ho. “The achievement testifies to Melco’s pledge to service quality and the Company’s contribution to pushing boundaries, especially during such a challenging time for the industry – continuing to provide memorable and world-class services for guests.”

MGM said it won a total of seven five-star awards. MGM Macau and the spa concept Tria at both MGM Macau and MGM Cotai were awarded for the seventh and third consecutive year respectively. While the company won a further four new awards, including its Five Foot Road and Imperial Court restaurants.

Hubert Wang, President & Chief Operating Officer of MGM said, “The hospitality industry has been undergoing unprecedented times in the past two years, and we believe the best way to respond to the situation is to make ourselves stronger. In MGM, we keep on pushing boundaries in the pursuit of service excellence, and our endeavors have paid off with four more Forbes Travel Guide’s Five-Star Awards, outperforming ourselves with more than double of our achievements in 2021.”

Daisy Ho, Chairman of the Board of Directors of SJM, said, “We are honored that Grand Lisboa Hotel continues to rank among the world’s most elite hotels to receive the quadruple Forbes Five-Star designation for the hotel, The Spa at Grand Lisboa, Robuchon au Dôme and The 8. Our passionate and dedicated team of hospitality professionals are committed to adhering to the highest levels of service and quality standards as required by the Forbes Travel Guide.”