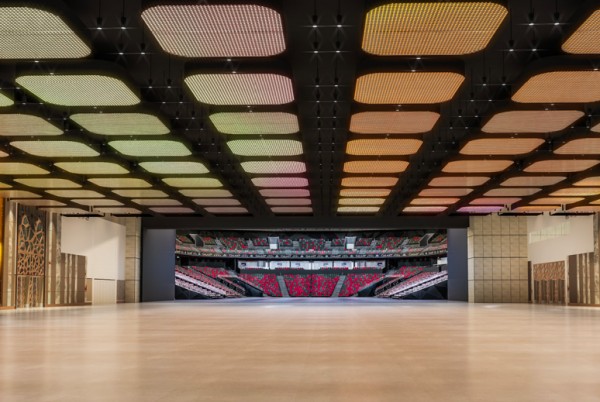 Galaxy Entertainment Group’s senior vice president of MICE events says the company has already been receiving “a lot of inquiries” for its Galaxy International Convention Center, which is likely to launch in the second half of 2021.

The convention center will include a 10,000 square meter exhibition hall, able to accommodate 7,000 delegates, along with banquet space to suit 2,400 guests and a 650-seat auditorium.

The property’s Galaxy Arena is able to stage concerts, sporting events, and product launches, supporting up to 16,000 people at a time.

Speaking at a breakfast meeting on Wednesday, Galaxy’s senior vice president of MICE Operations & Sales Joey Pather said that the convention center is likely to open in phases and would be dependent on market response and visitor recovery amid the pandemic.

“We have not yet decided which sector will open first. We are going through our licensing and making sure the building is tested and ready. Then we will see what events we take on,” he said.

Pather said that the MICE industry would help to lead the recovery of the economy, taking a page out of Shanghai, which has started hosting exhibitions and has “used that platform to facilitate growth”.

Earlier this week, Galaxy announced it had already begun the first steps to constructing its Galaxy Macau Phase 4 development, at a cost of MOP 13 billion (US$1.63 billion).