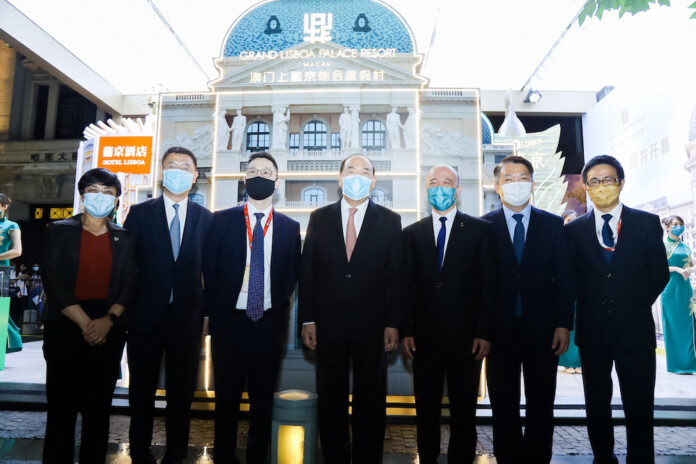 Sociedade de Jogos de Macau, S.A. (“SJM”) participates in the “Macao Week in Shanghai” roadshow along The Bund at Yuanmingyuan Pedestrian Street from 3 to 7 June.

As a pioneer for Macau’s tourism and leisure industry, the SJM booth at the roadshow is themed around the renowned Lisboa brand, attracting many Shanghai residents to explore the legendary brand and discover more about Macau’s harmonious coexistence of Chinese and western cultures.  For the first time, SJM showcases handcrafted miniature gastronomic exhibits at the roadshow, enabling visitors to learn more about Macau’s rich culinary heritage and artistic creativity.  SJM also engages with the local residents through a variety of programmes, with an effort to introduce the diverse offerings of Macau tourism, and to promote Macau as a healthy, safe and quality destination for travel.

Ms. Daisy Ho, Chairman of the Board of Directors of SJM, said, “SJM is honoured to partner with the Macau Government to promote Macau tourism in Shanghai. We can strongly feel the warmth and enthusiasm of Shanghai residents towards the event.  Thanks to the tremendous support of the Central Government and to the effective measures of the Macau Government, Macau is now a safe and healthy destination for travel. SJM is pleased to join forces with other sectors in the community to promote Macau’s quality and diversified tourism.  The Grand Lisboa Palace Resort is set to become Macau’s newest landmark upon opening, and will play a key role in the city’s development into a ‘world centre of tourism and leisure’.”

During the roadshow, SJM brings to the audience a romantic “Macau Love Story” dance performance against the backdrop of the Grand Pavilion, a magnificent wedding venue set to open at Grand Lisboa Palace Resort  In addition, Hotel Lisboa, Grand Lisboa Hotel, Grand Lisboa Palace Resort Macau and Jai Alai Hotel have launched a series of enticing promotions for the visitors, covering room, dining, spa and others.  SJM has also invited media partners and online travel experts to join the roadshow.