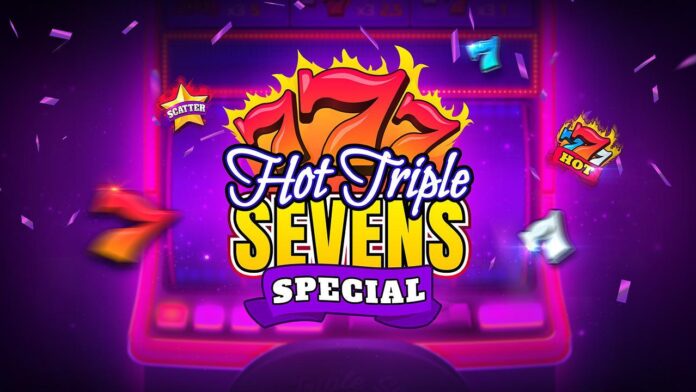 Game development studio Evoplay has announced the launch of its most anticipated retro-inspired title to date, Hot Triple Sevens Special.

Inspired by the traditional fruit-style slots found in Las Vegas, Hot Triple Sevens Special picks up right where the original left off, featuring wild animations, a mesmerising soundtrack, and troves of treasure for players to try and collect.

In the original game, landing three Scatter symbols in the same round would trigger 10 Free Spins, but what is special about the latest installment is that players now can win 10, 15 or 20 Free Spins and generate the maximum reward worth x7500 the bet, which is twice as big as in Hot Triple Sevens.

Developed using the latest in mobile-first technology, the title has been designed to work flawlessly across global markets, turning any device or smartphone into a top-quality slot.

“Featuring the innovative technology that our games are known for; this remake will provide players with an experience that restores life to an aging staple of our collection.”

The new title also utilises Evoplay’s cutting-edge game engine, Spinential, which delivers 10x faster load-times, as well as an enhanced user interface, autospin feature and game history mobile bar that allows players to look at each of their winning spins.