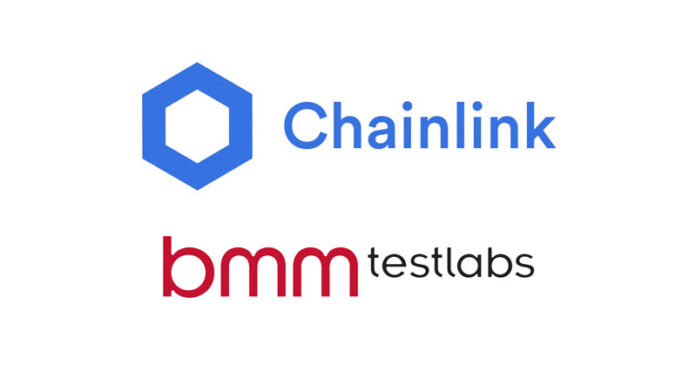 BMM Testlabs announced on Friday that Chainlink VRF, the blockchain standard for verifiable randomness in gaming and NFTs, has received the GLI-19 compliance certification through BMM Testlabs.

VRF is used for minting NFTs, randomizing in-game features, and much more. Since it first launched, VRF has served a cumulative 7.9 million randomness requests. VRF V2 launched in February 2022, reducing transaction fees and empowering smart contract developers to build the next wave of provably fair and scalable NFT and gaming applications.

Maria Romero, Business Development Manager for iGaming at BMM Testlabs, commented, “As one of the first certifications in the blockchain industry, BMM is paving the way for companies developing blockchain-based gaming solutions to become certified in a secure and compliant way that was previously unavailable.”

By using this certified random number generator for iGaming applications, developers can rely on the security best practices built into the Chainlink VRF offering.

This ensures that the randomness is both verifiable and tamper-proof using a trust-minimized approach, reducing the potential for human error.

BMM is an established and experienced private independent gaming certification lab and has provided professional technical and regulatory compliance services to the gaming industry since 1981.