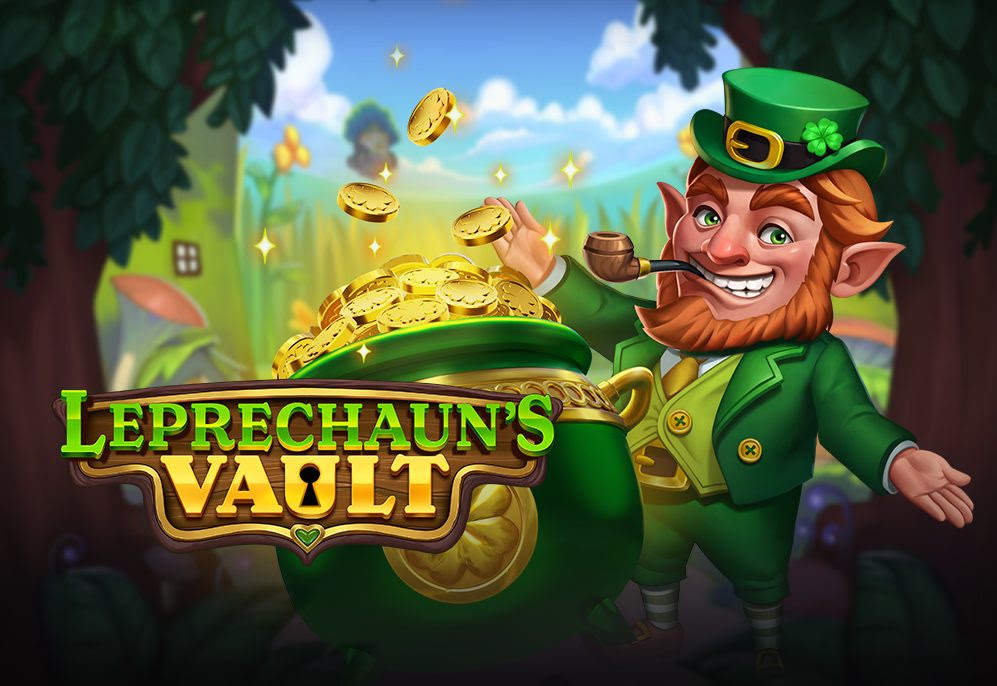 Play’n GO call in the luck of the Irish in the latest addition to their popular series of leprechaun titles, Leprechaun’s Vault.

Larkin the Lucky Leprechaun – although his luck seems to have run out in this story – has had the keys to his magical vault stolen by the mischievous fairies of the fen. Players must help Larkin retrieve the keys and in return a portion of his fortune will become theirs.

Head of Games at Play’n GO, Charlotte Miliziano said, “The Leprechaun theme is a popular one in the industry, and we think Larkin’s cheeky personality matches Play’n GO’s outlook perfectly. Maybe another Irish-themed title is on the horizon… Who knows.”

A classic 5×3 reel online slot with the potential to award players x9000 their total bet is clear, fun and easy to understand from the first spin.

During the base game, the aim is to get to the Free Spins feature where Larkin transports you via the magic rainbow to his vault where the individual code numbers add up to the total number of Free Spins that the player gets. An innovative and complementary take on a classic feature.

This takes you into the vault where the three middle reels are now set in gold and any Wilds that land within them become Sticky Wilds and remain there for the rest of the feature. Landing Wild Multipliers provides plenty of potential and edge-of-your-seat entertainment for the player.

The game features an assortment of motifs on the reels inspired by Irish lore such as the leprechaun’s Derby hat, the lucky Shamrock (not your everyday four-leaf clover) and as we enter Larkin’s vault decorative Celtic-inspired swirls of gold decorate the walls, and the vault itself which harbours the leprechaun’s pots of gold.

This is the fourth game to join the leprechaun-themed vault at Play’n GO with the earliest being their 2013 release, Leprechaun goes to Egypt.