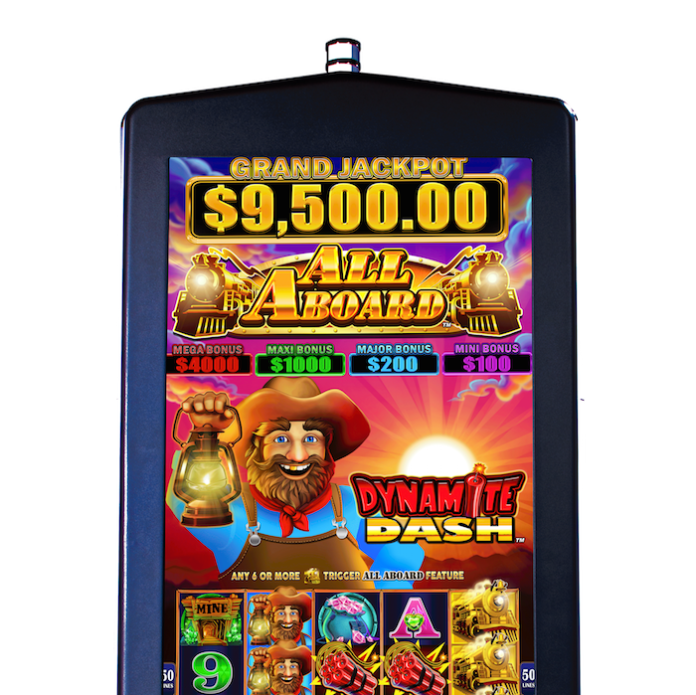 The Western/ Locomotive theme – All Aboard series. All Aboard is a one-level progressive game offering in both standalone and progressive jackpot with four fixed amount bonuses. It is a multi-denomination product with scalable bonus prizes which is determined by the denomination selected as well as bet level.

All Aboard has taken the Hold ‘n’ Respin Feature to a whole new level with its Repeat Win trigger during the popular All Aboard Feature. It is triggered by six or more scattered train symbols landing on screen. When the feature is triggered, all the train symbols transform into credit awards. After the win is registered, the credit awards remain in place on the reel array and all other spots become independent reels, re-spinning for three free spins. Each time an additional train symbol lands, it reveals a new credit award, and all of the credits on the board are awarded again.

All Aboard has been released with two base games – Dynamite Dash (pictured) and Piggy Pennies. Currently, there are over 5,000 All Aboard games installed across Australia and New Zealand in the last two years and the games have recently launched in North America and have already received a great response from the market.