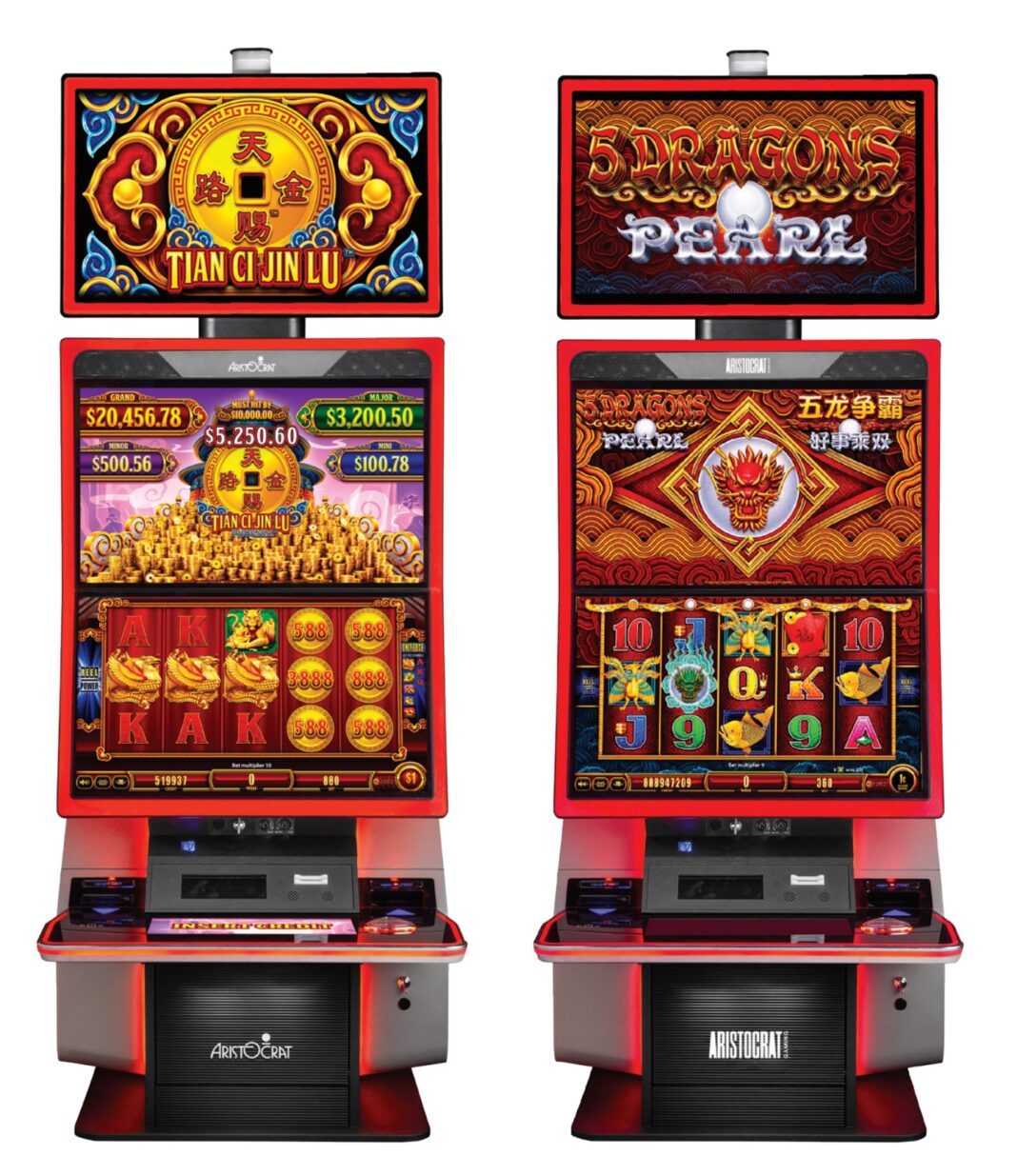 Players and operators in Macau and the Philippines love Aristocrat Gaming’s 5 Dragons slot game. Recently, Aristocrat released an all-new game in this family, 5 Dragons Pearl, and player response to the game has been exceptional, with the game performing well above house average, according to data from operators.

5 Dragons Pearl builds on the strength of the player-favorite 5 Dragons theme and adds exciting new features, including compound multipliers where players can win up to 400x! This exciting game is available on several of Aristocrat’s cabinets, including MarsX, Arc Single, Behemoth, and Helix+. Denominations range from 1c to $10.

Adding to the fun is a randomly triggered mystery Hold & Spin feature, a metamorphic feature where coins pile up on the Temple’s steps as an indicator of the jackpot trigger, and an “Any Wilds” mechanic that can randomly trigger the jackpot feature.