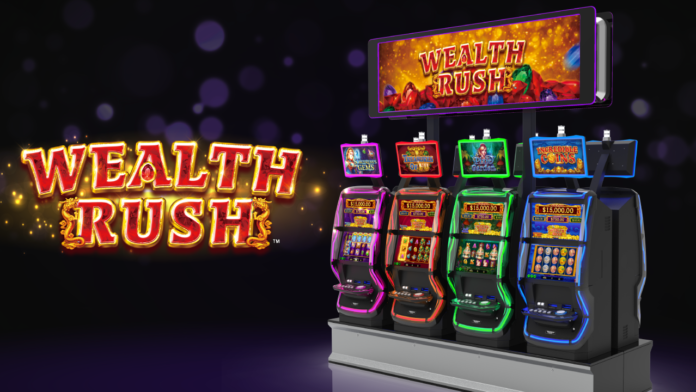 Sega Sammy Creation said it will roll out its new “Wealth Rush” series in Macau later this year, with other Asian jurisdictions to follow.

The 4 level link progressive jackpot is a pick feature that can be triggered by any WILD symbol that appears on the reels. “Treasure of Fu” and “Incredible Coins” make up the Asian themed base game offering, and the Western base games are comprised of “Sorceress’s Gems™” and “Pixie Garden™”.

The main attraction of “Treasure of Fu”, a hold and spin feature with a twist, provides continuous thrills for players as stacked wilds on the leftmost reel move one reel to the right per spin. The feature continues as long as there are stacked wilds on the reels and multiple stacks can lead to big wins.

“Incredible Coins” brings the WYSIWYG (What you see is what you get) style of game to the Sega Sammy Creation library. Coins with credits amounts on them pile up during free game feature, with the added excitement of a multiplier symbol that can go as high 100x.