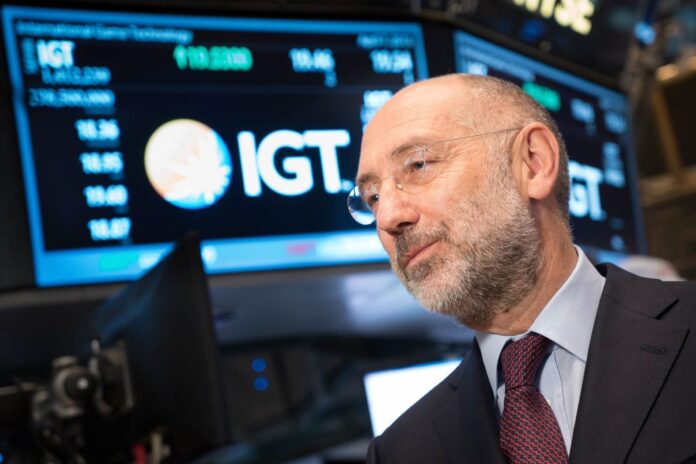 Vincent Sadusky will become CEO and executive director of the board while Marco Sala, the previous CEO replaces outgoing chairperson of the board.

In a separate release, B&D Holding S.p.A., the controlling shareholder of De Agostini S.p.A., announced that Marco Sala will be proposed at the June 2022 meeting of the corporate bodies of De Agostini as the next CEO of De Agostini, succeeding Lorenzo Pellicioli, who is retiring from the position.

“The changes to the IGT executive team and board are an important step in positioning the Company for the next phase of its evolution. The actions further strengthen IGT’s capabilities to execute on its long-term strategy and the value creation initiatives identified in the Company’s recent investor day. It is a natural evolution for Marco to lead the IGT board. More importantly, during his 19-years at IGT and its predecessor companies, he has a proven track record of success and has earned the trust and respect of IGT’s customers, investors, business partners and regulators. As executive chair, Marco will focus on managing the board, corporate governance, including sustainability initiatives, and guiding the strategic direction of IGT.

“Likewise, we are delighted to announce that Vince Sadusky, a seasoned executive, long-time member of the current IGT board as well as that of its predecessor companies and the former chair of our audit committee will succeed Marco as CEO. Vince brings a unique set of skills to the role, where he combines his knowledge of IGT with his demonstrated ability to create shareholder value with decades in leadership roles in public and private companies in dynamic industries, including digital and media. His transition into the CEO role will be relatively seamless,” said Lorenzo Pellicioli, chairperson of IGT.

“I am looking forward to taking on the new role of executive chair at IGT and to partner with Vince, with whom I have worked extensively over the years, in leading IGT forward. I believe our skills and experiences are complementary and will serve our stakeholders well. In particular, Vince’s vast experience with portfolio companies and capital markets will be valuable as we look to execute on our strategy,” said Marco Sala, CEO of IGT.

“IGT is well-positioned for the future, and I am very excited to join the Company as its next CEO. With a seasoned executive team and very talented group of employees across the world, it represents a great opportunity for me to support an industry leader in the next phase of its growth,” said Vincent Sadusky.

“We are delighted to have Maria and Ashley join our board. They both bring deep and diverse professional experiences to IGT to enhance our board composition. We are looking forward to their contributions,” said Lorenzo Pellicioli, chairperson of IGT.

In August 2006, he was appointed managing director with responsibility for the Company’s Italian operations and other European activities. Previously, he was CEO of Buffetti, Italy’s leading office equipment and supply retail chain. Prior to Buffetti, Sala served as head of the business directories division for SEAT Pagine Gialle. Earlier in his career, he worked at Magneti Marelli (a Fiat Group company) and Kraft Foods.

He also served as CFO of LIN Media from 2004 to 2006 and was CFO of Telemundo Communications from 1999 to 2004. In addition to serving on the IGT board of directors since 2010 and most recently chairing its audit committee, Sadusky has served on the boards of the Paley Center for Media, the National Association of Broadcasters and was the treasurer for the NBC Affiliates Board.

Maria Pinelli is a global C-suite executive who currently serves as a member of the board of directors for Globant and board director and chair of the audit committee for Archer Aviation, Inc. and Clarim Acquisition Corp. She served in a variety of leadership roles at EY from October, 1986 to November, 2020, including consumer products and retail leader, global vice chair – strategic growth markets, global IPO leader, and Americas leader – strategic growth markets. In her role as an advisor at EY, she successfully led more than 20 IPOs in four different countries and more than 25 M&A transactions worldwide.

Her experience includes strategic transactions and due diligence advice, Sarbanes-Oxley implementation and stakeholder management. She has served as an advisor to some of the world’s most iconic e-commerce, consumer products, and retail brands.

Ashley Hunter has been a lecturer at the University of Texas at Austin School of Information since 2015, and is the founding partner of A. Hunter & Company, a leading risk management advisory firm. Previously she was managing director of HM Risk Group LLC where she assisted many startups and corporations with alternative risk transfer schemes and reinsurance placement, globally. Under her leadership, HM Risk Group became a leader in the development of niche insurance products for the sharing and assistive reproductive technology industry.