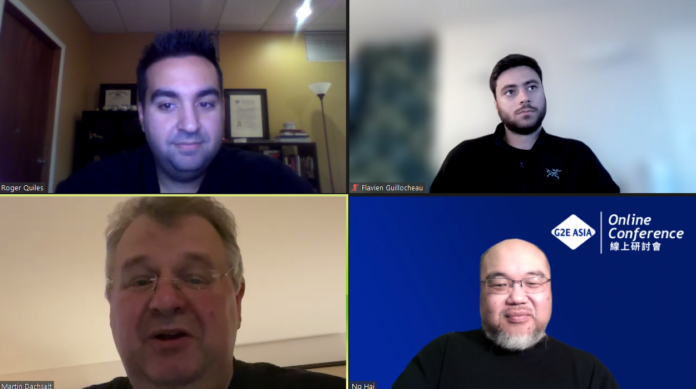 Despite esports betting rising in popularity over the last two years, there still exists a sizable knowledge gap between the traditional betting industry and the esports industry, according to a panel of experts at the G2E Asia Online conference.

“Bookmakers jumped onto esports during Covid, simply integrating it on their website along with their regular sportsbook,” but this is a common mistake, said Dachselt.

But so many still don’t understand how these tournaments take place, he said.

For example, many don’t even realize that there usually exists a sizeable broadcast delay for esport matches on twitch and youtube – which can run as long as 10 minutes delay.

“The fact that streams are delayed, is actually not common knowledge,” reiterated Guillocheau.

This could lead to unsuspecting betting operators taking bets on matches that have already been determined – allowing punters who were present at the live match an unfair advantage.

However, at the same time, Dachselt said the esports industry, particularly tournament organizers, also needs to become more aware of what the betting industry expects from them.

“You need to channel feedback from the betting industry back to the esports tournament organizers. For example, changing team names within the middle of a tournament – this confuses the audience, it confuses traders. This would never be allowed in traditional sports.”

The panel also discussed what a future sportsbook experience should look like.

“Until now, even for a good bookmaker, there is still a lot of work to do. Some of them still have websites that look like they’re from the 1990s. It needs to be gamified, more streamlined, and more focused on giving punters a good experience,” said Dachselt.

“If I make a bet, and have to wait 30 mins for it to be resolved, it’s not engaging. Esports has potential because it’s very fast-paced. There need to be new markets – high-frequency markets, gamification. This generation will not sit down and calculate which bookmaker to bet on. It’s not about winning something. It’s about doing something fast, winning something sometimes.”

“It’s why Counter-Strike is quite popular amongst punters very early on,” added Quiles. Considering the frequency of which rounds are occurring. If you’re playing a couple-minute round – and you need to win 15 of them. There are tons of options on a map by map basis.”

The panelists suggest that gaming or betting operators need to consider “games within games” – a concept that is well known and well received by the video gaming community already.

This could come in the form of leaderboards on the slot machine floor, earning skins and points for placing bets, which could then be traded or collected, they said.