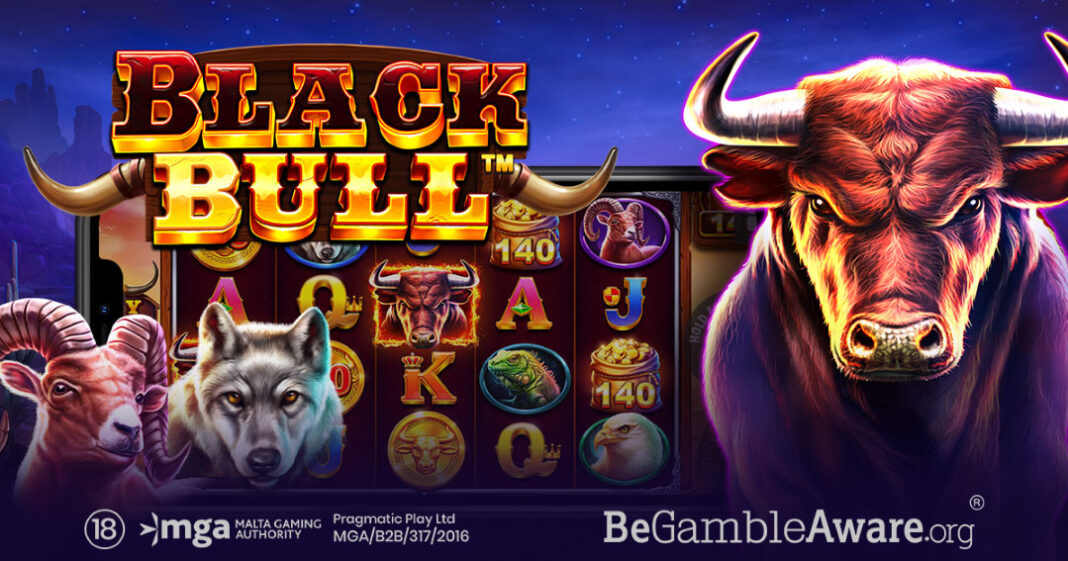 Played across a 5×4 reelset, the title is home to a collection of symbols depicting eagles, wolves, lizards and more wildlife, which must form into matching combinations across 20 pay lines to award a win.

Throughout the gameplay, there are coins filling the reels with a cash prize attached to them, which can be awarded for landing alongside a wild collect bag. This symbol collects the value of coins on-screen, awarding this as a prize while also serving as a wild.

Free spins are triggered by landing six coin symbols within the base game, awarding six initial free spins, with additional coin symbols granting more spins. Prior to the commencement of the round, the value of all money symbols is collected and held throughout the bonus. Here, any extra coins are added to the cumulative value and the total is awarded for each wild collect bag landed during the round.

Black Bull follows in the footsteps of recent hits such as Greedy Wolf, Gorilla Mayhem, and Magic Money Maze which reside amongst a collection of over 250 titles in Pragmatic Play’s award-winning games portfolio.

Yossi Barzely, Chief Business Development Officer at Pragmatic Play, said: “Black Bull builds upon the money collect mechanic seen in some of our current titles. However, this has now been augmented to allow the collection of these prizes within the base game and also has a way of increasing the value of collected prizes during the bonus round.”

“This feature has proven popular with every iteration we have made of it and expanding the scope of this further ensures that Black Bull will be loved by slot enthusiasts throughout its initial release and into the future.”

Pragmatic Play currently produces up to seven new slot titles a month, while also delivering Live Casino and Bingo games as part of its multi-product portfolio, available through one single API.