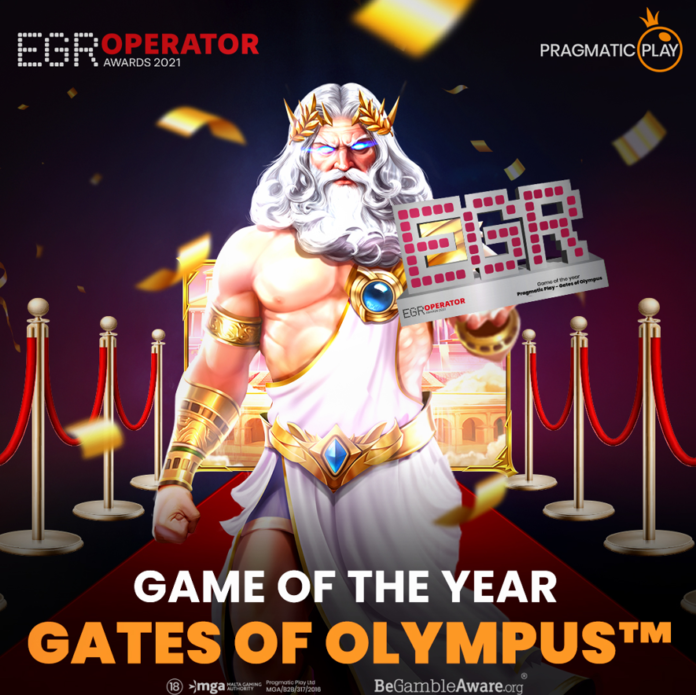 Pragmatic Play has won the hotly-contested Game of the Year award at the EGR Operator Awards.

Awarded at the prestigious ceremony, hosted at Grosvenor House in London, Pragmatic Play claimed the award for standout hit Gates of Olympus, at the event dubbed ‘The Oscars of eGaming’.

The slot brings a unique pay anywhere system to players, altering the traditional ‘left to right’ payline format, while also offering huge multipliers on any spin for an enjoyable and uniquely volatile gaming experience.

The award sees Pragmatic Play continue its successful year, having won multiple awards at the recent SBC LatinoAmerica and Gaming Intelligence Latin America Awards, along with the Starlet Awards held by 5 Star.

The supplier has enjoyed a strong year of commercial growth and product expansion and this latest award crowns an impressive 12 months of milestones and achievements.

Yossi Barzely, Chief Business Development Officer at Pragmatic Play, said: “We are delighted and honoured to have won Game of the Year at the EGR Operator Awards amongst a highly contested shortlist. We’re thrilled that Gates of Olympus has been enjoyed so much by the players.

“It is testament to the hard work of the entire Pragmatic Play family, and we’re thankful to all those who put on such a fantastic event in London.”