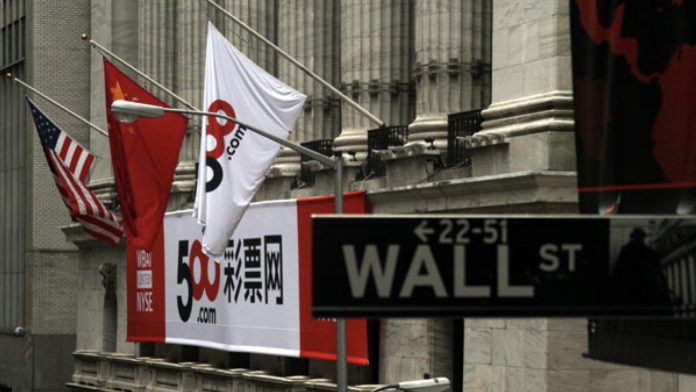 China sports lottery company 500 .com has continued its transformation into the bitcoin space with the all-stock acquisition of bitcoin mining company BTC.com and investors appear to approve.

Stock in the New York Stock Exchange-listed company jumped as much as 75 percent on Tuesday after announcing the acquisition and gained a further 10 percent at the open on Wednesday.

Shares in the company, which provides online lottery services in China and Europe, have ranged from a low of $2.51 to its current price of $29.84 over the past 52 weeks, giving it a market value of $1.27 billion.

Much of that surge has come since the beginning of this year when it announced it was venturing into bitcoin. In early January, it issued US$14.4 million worth of its Class A to finance the purchase of bitcoin mining machines.

It followed up in early February with the $8.5 million plan to buy a further  5,900 mining machines and a framework accord to buy up to 10,500 machines this year.

In the most recent transaction, it’s issuing 44,353,435 shares to buy businesses from the Blockchain Alliance, including the entire mining pool business of Bitdeer Technologies Holding Company operated under BTC.com, including the domain name BTC.com and the cryptocurrency wallet of BTC.com.

500 .com describes the businesses as offering a one-stop mining experience for users. Users can search and browse real-time blockchain information through BTC.com and manage their cryptocurrency mining business through the BTC.com Pool website or app.

It’s quite the transformation for a company that had hitched its fortunes to the opening up of online lotteries in China. Its business was hit hard when Beijing announced it was “temporarily” shutting down online sales in March 2015 to clear up what it claimed was rampant corruption.

Those sales channels are still closed down with no indication of when they might resume, forcing 500 .com to diversify its business, including the purchase of Malta-based lottery provider, The Multi Group in 2017.

The company’s latest results suggest that its strategy may be paying off. Net revenues in Q4 were RMB9.0 million (US$1.4 million) up 4.7 percent from the fourth quarter of 2019 and 47.5 percent from RMB6.1 million for the third quarter of 2020. Its European business made up 62.2 percent of the total.

The share price gain in part has been driven by the surging price of bitcoin, which passed $50,000 this week for the first time, prompting analysts at J.P. Morgan to warn the rally may be unsustainable unless volatility in the currency comes down.