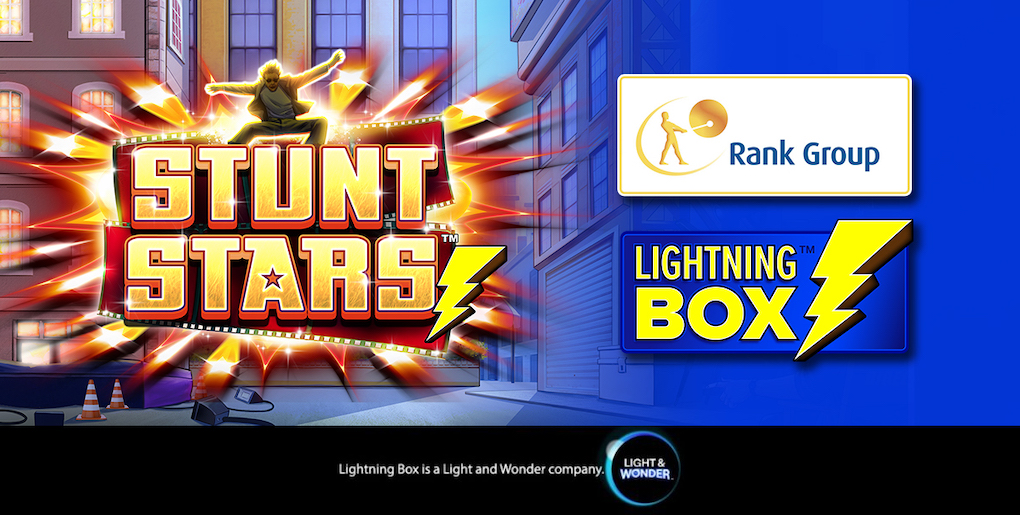 This 3×5 reeler, which boasts 243 different ways to win, features fast and furious game play and an authentic soundtrack straight from the pages of a Hollywood script.

It will make its debut in the UK and EU this week with the Rank Group followed by a general release in two weeks’ time.

The slot’s symbols include the classic 10, Jack, Queen, King, and Ace, as well as a clapper board and stunt doubles. The Wild symbol is a Car and the Scatter Bonus symbol is a Sky Diver.

Players are awarded a Bonus symbol when three, four or five Bonuses land on the grid, before being transported to a different screen where they have to pick the Sky Diver they believe will give them the biggest reward. During this bonus round, Free Games and Stunt Stars are collected. Each Stunt Star adds five Scatter Stunts to the reels.

This title will be available to customers of Light & Wonder’s industry-leading OpenGaming™ platform, lining up with Lightning Box’s other popular slots.

David Little, CPO at Lightning Box said: “Stunt Stars should be a smash hit with players, and we’re delighted to be making such a fast and exciting start to the new year with Rank. There are plenty of thrills and spills to blow away the January blues.”

Rob Procter, VP of Game Development at Light & Wonder said: “After the success of games such as Divine Stars, we are pleased to welcome Stunt Stars to our ever-growing portfolio. The combination of bonuses, features, and many different ways to win gives fans the chance to try out a title which we know will be extremely popular.”