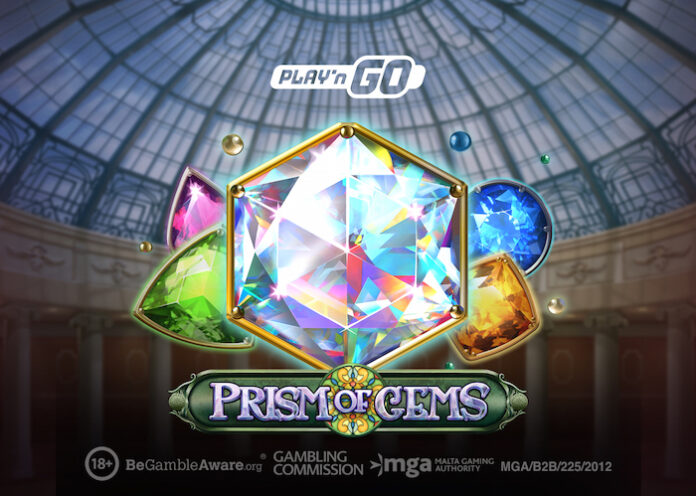 Our latest release gives you much more than you bargained for! Prism of Gems is a 5×3 cascading payways slot with plenty of great features to give players more entertainment in more ways than one.

The game is the latest addition to our ‘Gems’ Series of games, following Frozen Gems and Perfect Gems.

Our game series provides players with a new way to enjoy the type of entertainment they prefer while still seeking out new experiences without worrying that they won’t enjoy it. Each title within a series is a standalone game with its own stories, designs and features. However, they are all interconnected by themes and certain mechanics.

For instance, if a player enjoys games with expanding symbols, they can pick any game from our Dead series, like Rise of Dead Legacy of Dead or Cat Wilde and the Doom of Dead. They know that they’ll get the feature that they most enjoy while experiencing other fun features and still having various games to choose from.

The Gems series all feature a splitting symbol feature. In Prism of Gems, there is a horizontal bonus reel that can affect the main grid in various ways.

Any symbol that lands on the bonus reel will instantly split identical symbols that land on the corresponding reels below, increasing the payways and giving more ways to win.

But they will also form part of the payways, meaning this game can go from 576 payways all the way up to 3,087 and the potential of a 1000x win multiplier!

Now, any fans of the previous Gems games can enjoy the splitting symbols and extra payways, alongside the fun of a cascading gridslot and a fun free spin feature.

They can trust the product based on what came before, meaning no sticking to the same old games and getting bored, or trying something new and feeling dissatisfied.

Slot gaming is evolving as an entertainment industry; it’s time to evolve the way we entertain.