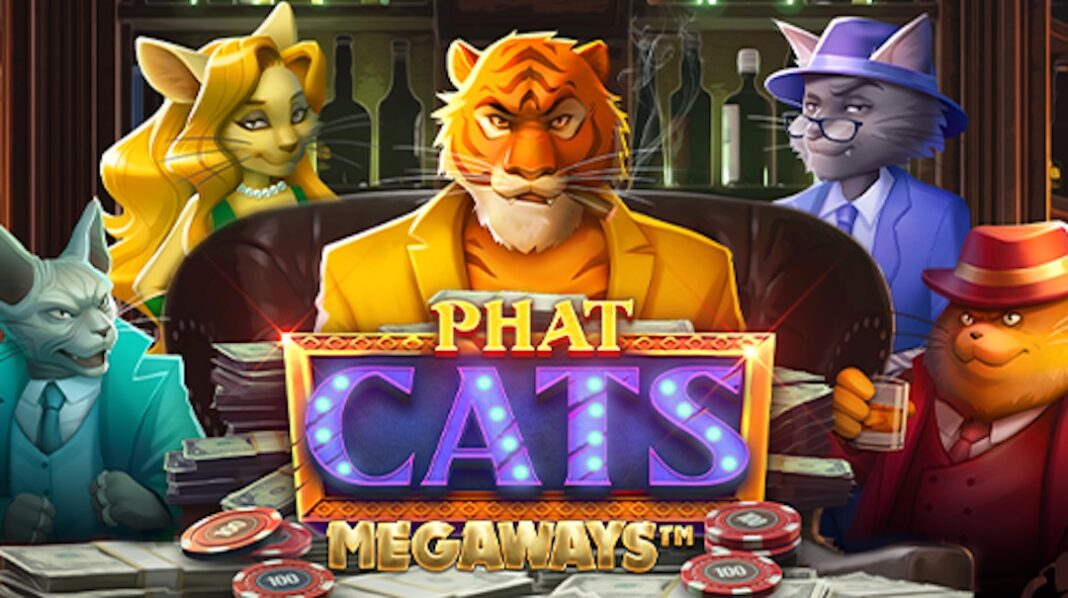 Kalamba Games heads to the Vegas strip with a group of feisty felines in its latest Megaways release Phat Cats Megaways.

This high volatility 6-reeled slot is home to a staggering 200,704 winning ways and symbols including a roster of colourful cat characters that must form matching combinations to award a win. Players are aided in the creation of winning lines by Wild symbols which substitute for all other symbols except the bonus, coins, mystery, upgrade and lock symbols.

These game-altering mechanics are triggered by players landing Mystery symbols on the game board. When landed, these nudge down the reels each spin until they leave the game board, with each spin revealing a base game symbol or a coin which awards its value as a bet multiplier. Lock symbols lock the part of the column below the position in which they land and in a new twist on the MegawaysTM mechanic, Upgrade symbols do this plus may increase the height of columns 2-5 by one for the next spin.

At least three bonus scatters are required to gain access to the free spins round where four active rows on reels two and four of mystery symbols are initially awarded. These spins continue infinitely or until all mystery symbols have left the game board. Extra mystery places can be landed and a win multiplier increases by 1x after each successive spin.

Alex Cohen, COO and Co-Founder at Kalamba Games, said: “Providing players with mystery mechanics in Phat Cats Megaways™ allows for each spin to provide unparalleled excitement as players never truly know what the next spin could hold for them.