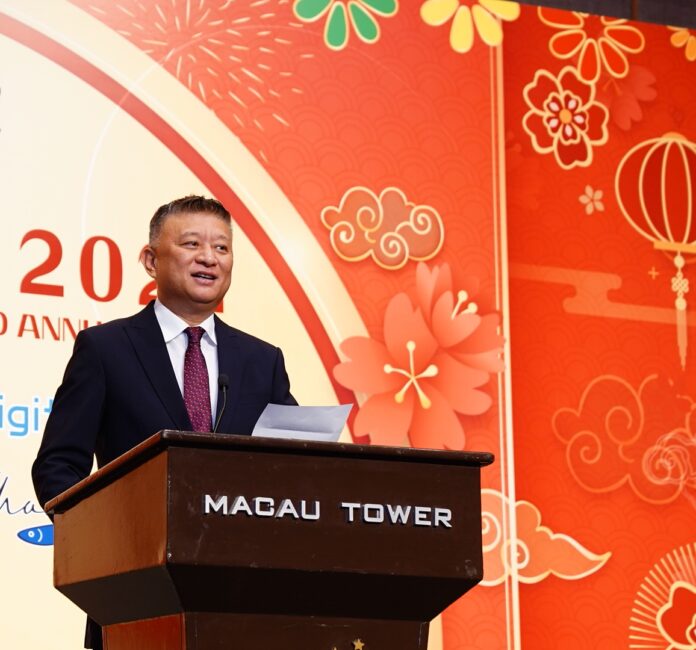 Jay Chun, chairman of Paradise Entertainment, has warned that a clause in Macau’s proposed gaming law will have a negative impact on the local economy and small businesses.

The amendments to the law, which were made public in January, include a requirement for all casinos to be in premises owned by the concessionaires. They also ban any revenue sharing agreements.

There will be a three-year transition period for arrangements to be made to comply with the regulation. Although there are few details, analysts have noted that it appears to sound the death knell for Macau’s satellite casinos.

The casinos are run under a third-party license agreement with one of the license holders. There are 18 of them in the city, with the majority working with SJM Holdings. Although Galaxy Entertainment and Melco Resorts & Entertainment also have such arrangements.

“Basically, overall it’s good as it’s more regulated,” Chun said in a Face-to-Face interview that will run this Friday. “Several of the items are concerning and we have to see exactly what the articles are. We don’t understand how it works and what percentage they should hold,” he said, referring to how the law changes will affect the satellites.

“It doesn’t mean that everyone should go to the Cotai side,” he said.

“We are always talking about the economy, but if the satellites are shut down there will be an impact.”

Chun said Paradise wasn’t planning to enter the bidding race in the upcoming concession re-tender due to the high capital requirements, which have been set at MOP5 billion.

Casino Kam Pek Paradise, which opened in 2007, generated gross gambling revenue of HK$416.9 million in the six months to end-June last year, the most recent available figures. That represents an increase of 58.9 percent over that of the last corresponding period.

The casino was operating 39 tables and 481 live multi-game terminals (LMGs), which it pioneered in the Macau market through its LT Game unit.

Chun said the LMGs had been performing well with the pandemic giving a further boost to the already popular games, providing natural social distancing. He said revenue from the terminals is only down 20 percent from pre-pandemic levels, far outpacing the market as a whole.

Gross gambling revenue as a whole in Macau only reached 30 percent of its 2019 levels last year.

He said he sees further room for strong growth due to the cost efficiencies in that they reduce labour costs for operators, while still providing the thrill of the live table for the players. High dealer costs in Macau require the casinos to impose high minimum bets, usually about HK$1,000, which are out of the reach of the mass market player the city is trying to attract.

Chun, who is also head of the Macau Gaming Equipment Manufacturers Association, said the group is currently working on developing new and innovative features for electronic table games, as well as a range of Chinese-themed slot games that are likely to be released in the next few months.

“We are focused on the mechanics of the ETG. We believe that clients like to see the number generator, the dice moving,” he said. “The player still loves this game very much so we are focused on trying to invent new games like these.”

The group is also dedicating more resources to expansion in the U.S., where it sees strong demand for slots.

However, Chun acknowledges that the pandemic is still creating headaches for shippers and manufacturers. He said products that used to take just 23 days to ship are now taking up to three months, with the problem particularly acute when it comes to bill validators.

“It’s tough for everyone,” he said.