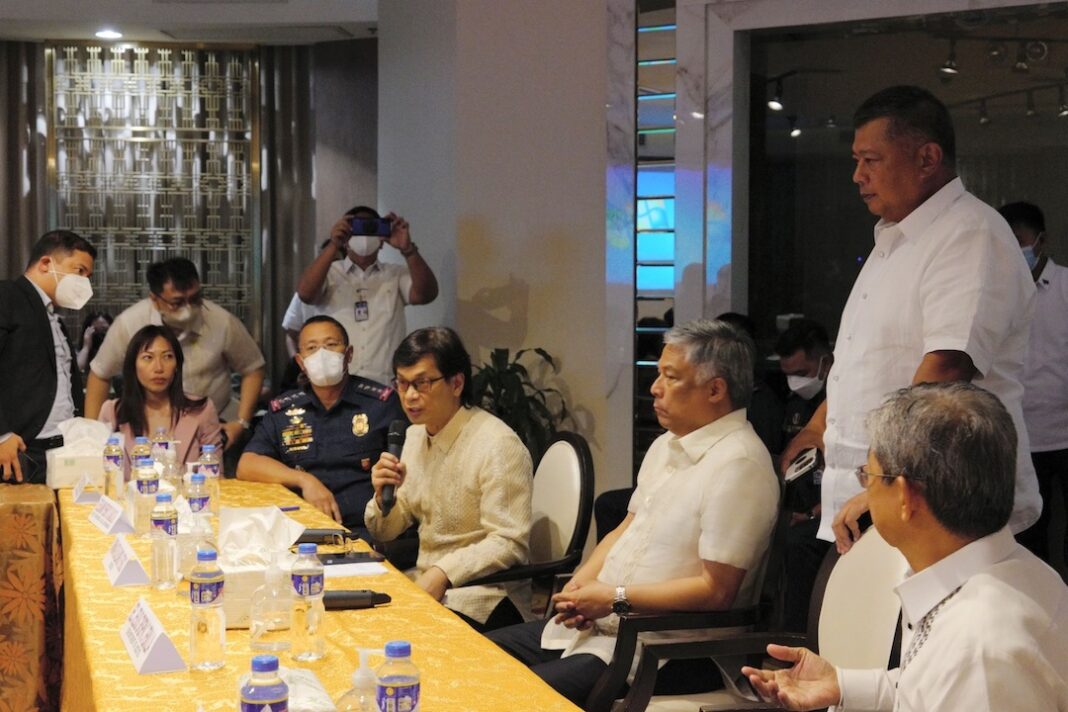 PAGCOR Chair Alejandro Tengco warned that if the kidnapping of foreign workers in the Philippines persists, the consequences may affect legitimate POGO operators. An inter-agency task force set up on President Marcos’ instructions was given two weeks to abate illegal activity.

“If these kidnapping incidents and other illegal activities persist, it is clear that not only will we cancel the licenses of POGO operators, but the entire industry may be affected by whatever decision will emanate from the national government. So let us help each other solve these issues as soon as possible,” Tengco said.

The Department of Interior and Local Government gave the Philippines National Police and other participating agencies in President Marcos’ task force a timeline of two weeks to abate all POGO-related illegal activities in the country.

“The information we received is that these alarming incidents of kidnapping came from the ranks of illegal operators. While it will be a challenge to all participating agencies, the good thing is that we are receiving information as to where these illegal operations are located. With the help of everybody, we will be able to zero in immediately,” PAGCOR Chairman and CEO Alejandro Tengco stated.

The PAGCOR Chair added that the licensed POGO operators have shown their commitment to helping address the problem by “policing their own ranks.”

“First, they are now going to ask their people to contain themselves in an area for safety and security purposes. Second, they will come up with an updated list of their employees because some have already resigned. Third, we will require them to submit a police clearance together with their application for an offshore gaming license employment (OGEL) ID. At least, those who apply, we know that theirs is a clean record,” Tengco furthered.

The country’s image and that of its administration have been tarnished by these illegal incidents.

Intent on renewing the nation and the administration’s image, PAGCOR has intensified its efforts to fight illegal activities and crimes across offshore gaming operations (POGO) across the Philippines.

In an inter-agency meeting on September 14, 2022, the agency committed to help and safeguard the welfare and safety of Filipinos as well as foreign nationals working in the country, a PAGCOR press release read.

The initial step the inter-agency is undertaking is identifying illegal operators.

Chief Rodolfo Azurin said that the PNP is doing its best to ensure the safety and security of everyone – including foreign nationals who are working in the country.

“Some of the most extreme reports we’ve gotten have been kidnappings, even murders, while some are reportedly engaged in human trafficking and slavery. Right now, that’s why we’re having a hard time because they’re the ones fighting,” the PNP chief noted.

Are we still going to wait for them to hurt fellow Filipinos, Rodolfo Azurin raised to reply: “We don’t want that to happen.”

The PNP chief also stressed the importance of holistic partnerships with different government agencies, including the local government units, to appropriately deal with the offenders.

He likewise requested POGO operators to surrender their permit to carry firearms to the PNP as well as furnish them with updated information on the foreign workers’ employment permits.

Interior and Local Government Secretary Benjamin “Benhur” Abalos cited the importance of inter-agency cooperation and regular updating of the list of legitimate foreign POGO workers in the country to avoid problems related to human trafficking.

“The problem is, those who are no longer working in legitimate POGO operations, go everywhere. It is important for us to track them because these kidnapping incidents are giving the POGO industry, as well as our country a bad name,” the Interior and Local Government Secretary stated.

Benjamin “Benhur” Abalos reported that DILG has been cracking down on human trafficking.

A total of 43 Chinese nationals who were enslaved under human trafficking conditions were rescued in an operation in Angeles City on September 14.

The DILG chief gave the PNP and other participating agencies a timeline of two weeks to abate all POGO-related illegal activities in the country.

DOJ Secretary Jesus Crispin Remulla, who also attended the inter-agency meeting, stated that their agency, in coordination with NBI and the Bureau of Immigration, will cause the immediate summary deportation of arrested illegal foreign workers and those responsible for the spate of kidnapping and related criminal activities.