The Philippine Amusement and Gaming Corporation (PAGCOR) has unveiled PAGCOR Villages, its newest charitable project to safeguard the living condition of locals affected by the eruption of the Taal volcano.

A brainchild project of PAGCOR Chairman and CEO Andrea Domingo, the PAGCOR Villages broke ground in the towns of Agoncillo and Lemery on February 18, 2021. They are designed to provide permanent shelters to less privileged families who were displaced by Taal Volcano’s eruption in January 2020. Most of these families remain homeless until now.

Each PAGCOR Village has a funding of P30 million. Its main features include 100 units of 30-square-meter houses and an arc or signage located at the entrance of the project site.

The PAGCOR Village in Lemery, which will be built in Brgy. Payapa Ilaya and Brgy. Talaga, are both outside the danger zone with up to 15 kilometers distance. Meanwhile, the project site in Agoncillo is in Brgy. San Jacinto, which is 14 kilometers away from the danger zone.

Japan - January 27, 2021
Osaka Mayor Ichiro Matsui fielded questions from the Osaka City Council on Monday regarding the extension of the Osaka Metro Chuo Line to Yumeshima, including the cost sharing arrangements with the anticipated future IR operator. 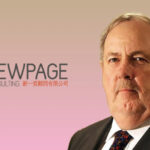