Mohegan Gaming & Entertainment has announced that it has priced its previously announced private offering of US$1.175 billion in aggregate principal amount of 8 percent, second priority senior secured notes due 2026, at an offering price of 100 percent of the principal amount. The offering is expected to occur on or about January 26. 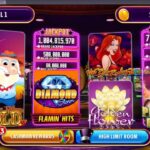 Australia - April 8, 2021
Analysts from J.P. Morgan Australia have identified strong metrics coming out of Aristocrat’s digital arm, which saw strong downloads in its social casino games in the first half of the 2021 financial year.

Macau - April 9, 2021
Melco Resorts & Entertainment said its Studio City Phase 2 has been named winner of the ‘Regional Award, Asia’ at the BREEAM Awards, which recognize significant achievements in sustainable development.