Las Vegas Sands’ latest earnings report provided a welcome respite from negative news, beating expectations and with a positive outlook, but perhaps the real surprise was the outperformance coming from Singapore.

The group’s Marina Bay Sands property actually made money on an adjusted EBITDA level in the quarter — $70 million in fact. That’s despite having no foreign visitation and limited operations due to social distancing measures.

You may recall, ratings agencies in recent weeks have sounded a note of caution about the Singapore market as it pertains to rival Genting Singapore, stating that the lack of foreign arrivals and slow recovery would drag on the Genting Group’s earnings.

Well, that’s certainly not been the case for LVS.

“We’re very encouraged with what’s happening in MBS,” said Rob Goldstein, group president and operating officer on a call with analysts. “We made some money this quarter, as you see. I think that will continue to grow.”

Reasons for further optimism at the IR, which has consistently had amongst the best margins in the business, include an expansion in the number of slot machines from January next year from 1,500 to 2,000.

A peculiarity of the market is that the locals, who are allowed to gamble with payment of an entry fee, prefer slot machines. Goldstein points out that when they refer to locals, the more precise definition would be permanent residents, as the island nation has a large and multinational population.

“That’s probably the big driver of our very strong slot ETG win, not as strong on the table side, where the market is not as favorable with local residents,” he said.

For more traction in MBS’s table business, Singapore needs international visitors to return. On that front, there has been good news with the announcement of the creation of a Hong Kong/Singapore air corridor.

Goldstein says that as other regional markets, such as Malaysia, Indonesia and Japan open up, Singapore could “easily grow from, right now, $25 million, $35 million a month to maybe $50 million or $75 million a month and keep going.”

Union Gaming analyst John DeCree said the Singapore surprise was the second-biggest takeaway of the quarter in LVS’s results, the first being Las Vegas breaking even on a hold normalized basis. He points out that slot win returned to nearly 80 percent of its level in the same period last year, while non-rolling table win recovered to about 40 percent.

He agrees the air bubble with Hong Kong is a potential catalyst, but warns the return of any material cross-border travel will take at least several quarters.

In Singapore, eyes now will be on Genting Singapore to see if it can confirm the trend and prove the more gloomy ratings agency predictions wrong. MayBank Research associate director Samuel Yin Shao Yang notes that on its Q2 earnings call Genting said that results post-opening on July 1 had not been strong enough to achieve EBITDA breakeven. It typically generates about half the gaming revenue of MBS, the firm said.

“Let’s see what they report,” he said.

Macau - January 28, 2021
Melco Resorts & Entertainment's Studio City Phase 2 has been shortlisted for a BREEAM award, an international prize recognizing excellence in sustainable building design. The resort is in the category Regional Award Asia. 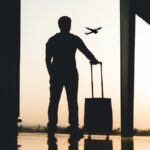 Macau - February 2, 2021
This week, we explore the findings of the recently released Pacific Asia Travel Association (PATA)'s Asia Pacific Visitor Forecast 2021-2023 report, which identifies three scenarios of growth and recovery for international visitor arrivals (IVAs) to and across Asia.