Imperial Pacific International has agreed to pay $105,000 to settle a sexual harassment lawsuit brought by a former female employee.

The company, which has had its casino license suspended indefinitely, is facing multiple lawsuits from contractors, as well as a probe by U.S. investigators. IPI was awarded the right to operate the only casino on Saipan in 2014. 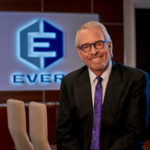