Fitch Ratings has revised its ratings outlook on Crown Resorts to negative from stable due to ongoing regulatory probes, but said it doesn’t think the operator will lose its license.

Fitch maintained the credit rating at BBB, but said it may downgrade the company were regulators to impose onerous conditions or fines. Under its base case scenario, Crown can absorb about A$800 million in fines and penalties while retaining a financial profile consistent with its rating.

The agency points out the hearings have revealed weaknesses in the company’s governance structure. 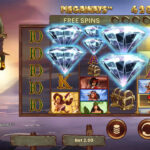 Elsewhere - April 8, 2021
Microgaming has announced a slew of new games to hit the market in April

Hong Kong - April 12, 2021
Hong Kong police have busted a gambling den, arresting 65 people, including a 28-year old constable. The police officer has been suspended from duty.