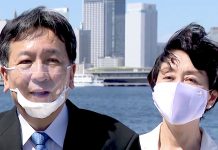 September 10, 2020
Leader of the Opposition Yukio Edano toured Yamashita Pier, the proposed site for Yokohama’s major urban IR, and renewed his vow to combat the government’s IR development policy. “I confirmed the state of the surrounding environment and its distance to neighboring facilities,” Edano told reporters, “There is no reason to bring a casino here and […] 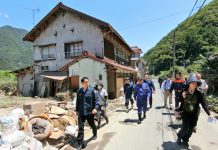 July 16, 2018
Yukio Edano, head of the largest opposition force, Constitutional Democratic Party of Japan, toured areas of the country ravaged by the recent rainstorms and told reporters, “The opposition had proposed that the government concentrate on the disasters, but instead they gave priority to casinos. Does this not provide sufficient grounds for a vote of no confidence?” 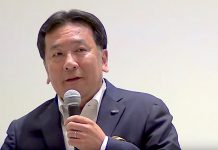 June 25, 2018
Yukio Edano, the top opposition leader in the country, told an audience in Saitama city that the establishment of IRs in Japan was tantamount to “selling the country,” and a system in which the gambling losses of the Japanese people would be used to line the pockets of rich American businesspeople.