Imperial Pacific’s Saipan VIP business rakes in $1.6b in Nov.

Imperial Pacific, which opened a temporary casino on the island of Saipan in July, announced that its VIP business brought in $1.63 billion in its first full month of operations. The company said in a filing with the Hong Kong Stock Exchange that it will announce its VIP roll from the previous month on the […]

Best Sunshine International has detailed plans for its luxury resort on Saipan, saying rooms will be about three times the size of those currently available on the South Pacific island. Local media cited senior vice president Tao Xing as saying at a press conference that the property will be the “most luxurious” integrated resort in […] 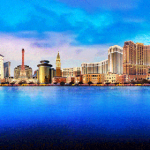 Sands China to act as procurement agent for LVS Group

May 13, 2020
Macau casino operator Sands China on Tuesday announced it has entered into a procurement deal with its parent company, LVS Group.  Under the agreement, Sands... 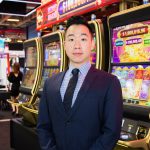 Jumbo turns 20 with big plans for the future

May 15, 2020
Jumbo Technology is celebrating its 20th birthday this year and after successful expansion in Asia, it’s now turning its sights further afield. 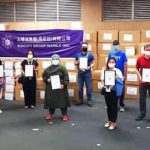 May 10, 2020
Suncity Group’s Philippine unit has donated P50 million ($1 million) worth of personal protective equipment to 40 public hospitals in Luzon province to help battle the coronavirus.