Wai Ming Yap is admitted to both the Singapore and Malaysian bar. His main areas of practice are project finance, equity and debt capital markets (including Islamic finance), gaming and leisure. He has more than 25 years of experience in the Singapore and Malaysian corporate scenes. He is recognised as one of Asia’s leading lawyers in Mergers and Acquisitions by leading journals such as IFLR 1000, Legal 500, AsiaLaw Leading Lawyers, Best Lawyers in Singapore and Chambers Asia. He is also recognised by Chambers Global and Chambers Asia as a leading lawyer in Gaming & Gambling for Asia-Pacific. Chambers Asia describes Wai Ming as “personable, practical and a great choice for getting things done”. Wai Ming is the current Secretary General of the Inter-Pacific Bar Association, and is a registered professional acting as Sponsor to some of Singapore’s Catalist companies under the Singapore Stock Exchange. Wai Ming is the author of several articles on corporate law and gaming-related papers. He has served on the boards of public companies listed in international markets, and currently serves on the board of three charities namely Ren Ci Hospital, Tan Tock Seng Hospital Community Fund and the Singhealth Foundation. He is also the Singapore member of the International Masters of Gaming Law. 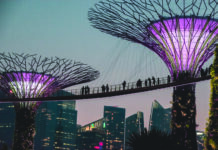 October 5, 2016
More than 18 months after Singapore’s ban on online gambling took effect, the Ministry of Finance has finally given the nod to the two incumbent operators to offer internet gambling services to locals. Since the Remote Gambling Act came into force in February 2 last year, several hundred online gambling sites have been blocked, as well as bank accounts and credit card transactions linked to remote gambling payments. However, the new easing comes with significant restrictions.

June 11, 2015
Singapore has made its position against online gambling clear, outlawing the practice through some of the most draconian legislation anywhere in the world. However, the law has left major grey areas, in particular when it comes to social gaming. The legislation, which came into force in February, included the unprecedented steps of allowing government agencies to geo-block websites, stop bank payments and even issue extradition orders to offshore parties.So what happened before February 2, prior to the law coming into effect, what has happened since and, more importantly, what do experts expect to happen next? 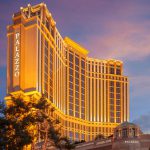 LVS to sell properties for $6.25b, reiterates Asia focus

Elsewhere - March 3, 2021
Las Vegas Sands has sold its properties in Las Vegas, including The Venetian and the Sands Expo and Convention Centre for $6.25 billion to the Apollo Global Management and VICI Properties.