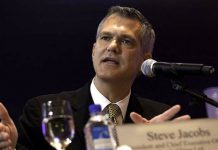 February 10, 2016
A former Sands executive is asking a federal court in Nevada to rule on the continuing legal battle over his 2010 dismissal as head of operations of the Macau-based casino, according to local media. The lawsuit, filed on Jan. 29 in a U.S. District Court in Las Vegas seeks for unspecified damages on the question […] 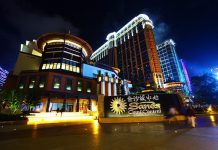 China suspects LVS Macau casinos of being used by CIA

July 23, 2015
China suspects that Las Vegas Sands’ Macau casinos were being used by U.S. intelligence agents to entrap and blackmail Chinese officials, the U.K.’s Guardian newspaper reported, citing a confidential report for the gambling industry. The report was filed by a private investigator in 2010. “Many of the (Chinese) officials we contacted were of the view […]

June 11, 2015
A Clark County district judge in the U.S. has been petitioned by two organizations to unseal documents that potentially reveal business ties between Chinese triads and Las Vegas Sands, according to media reports. The motions were filed by Guardian News & Media, publisher of the British newspaper The Guardian, and the Campaign for Accountability, a […]

May 27, 2015
A Nevada judge has ruled that an unfair dismissal case brought against Las Vegas Sands and its chairman Sheldon Adelson should be heard in a U.S. court and not in Macau. Steven Jacobs, former CEO of Adelson’s Sands China unit filed the lawsuit claiming that he was sacked for trying to break links to organized […]

April 21, 2015
Sheldon Adelson looks set to appear in court for the first time to answer allegations by Steven Jacobs, the former CEO of Las Vegas Sands’ Macau operations, who claims he was wrongfully dismissed. It will be the first time in the four-and-a-half-year case that Adelson will be forced to take the stand, according to a […]