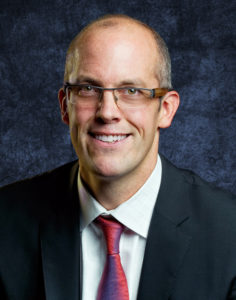 Steve Gallaway is Managing Partner at Global Market Advisors. His areas of expertise include gaming market assessments, hotel and casino feasibility studies, operational reviews and marketing analysis.Mr. Gallaway has spent his entire career in the gaming and hospitality industry, starting as a valet attendant and eventually rising to chief operating officer and managing partner of a casino in Colorado. Prior to forming GMA, he served as senior vice president of a hospitality consulting firm where he honed his craft in the fields of gaming market assessments and feasibility analysis. During the span of his career, Steve developed hands-on experience in operations management, organizational development, project development, business development, process improvement, contract negotiations, employee development, and customer service training.In 2005, along with Andrew Klebanow, Mr. Gallaway formed Gaming Market Advisors. In 2014 the firm was rebranded as Global Market Advisors, reflecting the company’s evolution as an international gaming, tourism and hospitality consulting firm.Mr. Gallaway has completed over 300 feasibility studies, with a strong focus on international gaming operations and integrated resort development. Mr. Gallaway has worked on more than 60 projects in Asia, Western and Eastern Europe, the Caribbean, Central America, Canada, and Australia. His knowledge and understanding of emerging markets, particularly those in Asia, has led him to advise institutional investors on new market opportunities in that region, as well as an advisor on established markets. Today, Steve’s clients include most public gaming companies, investment banks, private developers and government institutions.Mr. Gallaway is a visiting lecturer at the University of Nevada Reno’s School of Continuing Education where he teaches a class on casino feasibility analysis and marketing measurement. He is a periodic contributor to Global Gaming Business Magazine and has spoken at G2E Las Vegas and the Asian Gaming Congress.Mr. Gallaway graduated from Boston College with a B.A. in Economics. 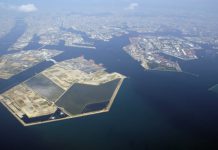 The building of an “Osaka Strip” involving three or more operators could potentially give Macau and Las Vegas a run for their money, says Steve Gallaway, managing partner of Global Market Advisors. The analyst made comments on a number of scenarios for IRs in Japan in a white paper titled “White Paper: Japan Integrated Resorts”. […]

The year ahead – Steve Gallaway

Japan will prove to be the largest opportunity in gaming today and all hospitality companies will be active in the market evaluating the potential opportunity while the legislation is being written. Large-scale casinos will bid to build some of the world’s most iconic integrated resorts, similar to the magnitude the world saw constructed in Singapore. […]

Casino gaming consulting firm Global Market Advisors (GMA), has announced that Shaun McCamley has joined the company as head of its Asia regional office. Due to the company’s growth, GMA recently moved to larger space in the central business district of Bangkok, Thailand, where Shaun will be based.   On Shaun’s new position, Steve Gallaway, […]

Clarion Gaming (Clarion) and Global Market Advisors (GMA) announce an exclusive strategic partnership, bringing together two of the leading organizations in the gaming, entertainment, sports, and hospitality sectors.   This partnership will provide both organizations with a collaborative vehicle to educate and grow these industries through Clarion’s extensive lineup of events and GMA’s operational and […]

Russia has passed a bill that doubles tax rates for both land-based casinos and bookmakers, with even more hikes in the pipeline, raising concern the ever shifting sands of regulation are changing the outlook for the industry and threatening foreign investment. Steve Gallaway, managing partner at Global Market Advisors, says the “changes to the tax regime are devastating for the IEZ (Integrated Entertainment Zone) in Primorye,” referring to the most developed of Russia’s gaming zones.

It’s 15 years since Macau flung open its arms to international gaming companies and major US operators wasted little time heading to the Far East to plant their flags firmly in the ground. US and Australian interests have dominated casino investment across Asia, with the Europeans notably absent, however, with Japan planning to open the market, there are signs that may be about to change.

Japan the top prize, though Brazil seen a worthy contender

Brazil and Japan are two of the most hotly anticipated casino markets, but how do they stack up against one another and which country is the most appealing for international casino operators and investors? The two nations have entwined cultural links, mainly due to mass migration throughout the 20th Century. In fact, Brazil is home to the world’s largest Japanese-descendant population outside Japan. One other thing Brazil and Japan have in common is that they both appear to be on the cusp of introducing legalized casino resorts after years of false starts and delays. 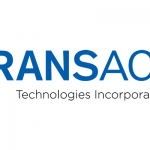 May 11, 2020
Transact Technologies reported a widened loss of $1 million for the first quarter ending 31 March 2020, with net sales down 11 percent year-on-year. Adjusted... 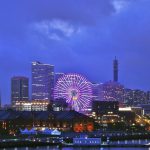 Looking Ahead to Local Elections

May 22, 2020
The enduring unpopularity of IR developments among the Japanese public, as well as the much weaker position of the Shinzo Abe government in comparison to earlier phases, means that local elections may still prove decisive as to whether or not bids will go forward. 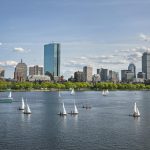 May 25, 2020
The International Association of Gaming Regulators (IAGR) has announced the postponement of its annual conference: Disrupting the Regulator: Sparking innovation in regulatory practice, which...